Day 33 of the London Olympic torch relay and, as one would imagine, it's thick with symbolism.

It started in England's York, the torch commencing from it's historic Minster before boarding a  steam train - Scots Guardsman - for  a journey to Thirsk where it was met by pipes and drums from the 1st Battalion Scots Guards. (Originally, The Flying Scotsman train was meant to be used, however it requires "remedial work"). From Thirsk it will travel up to Carlisle, the end of today's show, yet somehow tomorrow's leg begins up in Scotland, at Robert Burns famed Dumfries. Carlisle to Dumfries is, according to (AA routefinder), a journey of exactly 33 miles; surely a highly symbolic detour, especially as it has to travel back through Carlisle tomorrow. (BBC report) 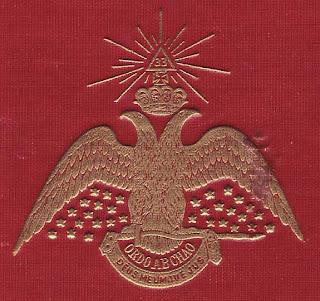 Carlisle is the place where Mary Queen of Scots was held captive before her beheading. Mary was a Stuart and a Catholic and the mother of James 6th and 1st - UK amalgamater and Bible reviser, the Stuarts not long afterwards being ousted from the throne by Protestant, Willam of Orange (King Billy), although the religious angle was all divide and conquer of the masses, to be frank.  I went into this in a bit more depth back in May 2011 (here) when Lady Gaga performed at Carlisle, appearing from a coffin, attired in PVC prosthetic pregnant stomach, and dedicating jazz track Orange Coloured Sky to Prince William and Kate. She ended her show with a song called Judas, and was no doubt well remunerated for her time. Bear in mind that a lot of James' popularity with the masses was due to the unfortunate circumstances of his mother's death. 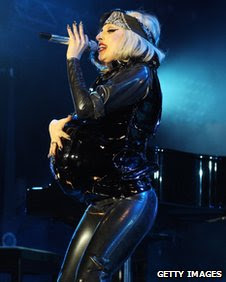 Bear in mind too that tomorrow is Prince William's 30th birthday, cut from the womb during an eclipse on the longest day of the year. Bear in mind that his mother Diana was from Stuart lineage.

Let's not forget Glasgow Rangers here, the historic football club with the Orange Protestant, King Billy faithful supporters, who just liquidated,  and currently rebirth under the auspices of Yorkshireman, Charles Green. They were in the headlines again today after their ex manager Walter Smith gave up on another takeover.


Neither should we forget Walter Disney. For if it wasn't for him we might never have had the movie Brave, which premiered in L.A. earlier this week. Note from top image Scotland's political top-dog, Alex Salmond, at the event, and note his trousers of many colours. Note too, how the carpet was changed from red to green for this event.(see my recent posts re "greening" : A New Eden and Beachcombing)

wiki - Scottish rite freemasonry.- Note middle image is front cover of Albert Pike's, Morals and Dogma of the Ancient and Accepted Scottish Rite of Freemasonry, it suggests a phoenix bird rising with a crown, pyramid and the number 33.The latin phrase Ordo ab Chao translates to Order from Chaos -  see banking.

Posted by Newspaceman at 13:17

Wow - the symbols are literally screaming out of this one!

Allegedly Rangers are linked to a buy-out of BURY FC [ How one does that when being liquidated I know not].

But before any resurrection there must be a BURYal.

Thanks Marty, thaks Moon. Re the liquidation, it is patent nonsense what is transpiring.