Return of the Dragon


Maybe the BBC had a premonition on Wednesday night or maybe they have watched Derren Brown's The Heist, certainly their flagship News at 10 programme seemed apt given the "hung" general election result as we returned to Caernarfon with reporter Richard Bilton and lingering televisual images of the omnipresent dragon flags. Curiously the show ended with Coldplay, Viva La Vida: 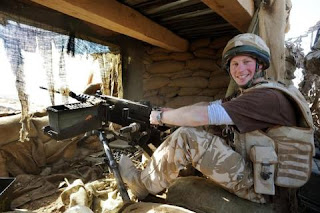 Which takes us nicely to Prince Harry who received his "provisional" military wings today from Prince Charles, qualifying him to fly Lynx and Apache helicopters and the possible green light for a return to Afghanistan, which he wishes.

Whilst his brother William, if not specifically in the news today, was certainly esoterically starred if we recall last week's post regarding the Beltane Fire Festival at Edinburgh's Calton Hill together with ongoing sun god reincarnation theme highlighted here. For in the shadows of the unfinished Acropolis topped city centre hill - Broughton Street - sits a "spit and sawdust", Trainspotting style public house; currently under renovation rather like our "government". Today it burnt down.

BBC News - Phoenix burns down.
Posted by Newspaceman at 19:58