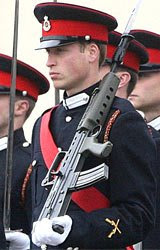 The potentially "media driven" subliminal subconscious character building of Prince William towards some sort of 007xSASxThe Apprentice phenomenon continued this week as we heard of his strategy to spend some time with the "special forces" in the next stage of his military career. From the BBC report:

The prince will return to the Army on a secondment and will also spend time at the Ministry of Defence with the Army Air Corps.

He will not take part in any operational missions, a spokesman said.

The locations of his special forces visits have not been disclosed.

Recalling my post Billy Smarts Circus, the one about the giant television screens, Prince William's City Salute armed forces charity event and the collective street- audience gasping at the sight of limbless army heroes, we recap that our future saviour ( son of Queen of Hearts, Princess Diana) was joined on stage by personalities Jeremy Clarkson and Ross Kemp. As noted back then in May: 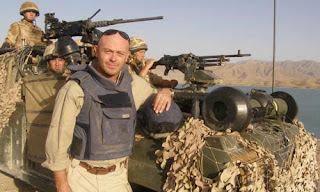 A box without hinges, key, or lid,
Yet golden treasure inside is hid.


At the time, Kemp was appearing on our television screens in a fictional military programme based on the the special forces SAS, called Ultimate Force, where he played "central character - the hard-boiled Staff Sergeant Henry 'Henno' Garvey" - thus reinforcing his EastEnders conditioned tough-guy- with-a heart-of gold persona within our televisually conditioned minds.

Moving on to the The Apprentice , (as noted most recently in my post Links to Double Agents and Humanity) we read yesterday of celebrity Sir Alan Sugar's advice to our Prime Minister Gordon Brown on dealing with traitorous elements within his party. From the BBC:

Sir Alan, star of TV's The Apprentice said Mr Brown should "sort his own people out" and then be allowed to get on with the job.

"If they are not on side he should kick them out and then what he should do is tell the rest of the world that he has been appointed to do a job for two years and let me get on with it and then at the end of that period of time - judge me then."

From wikipedia: heterosis, or hybrid vigour, (or special forces?)

describes the increased strength of different characteristics in hybrids; the possibility to obtain a genetically superior individual by combining the virtues of its parents. 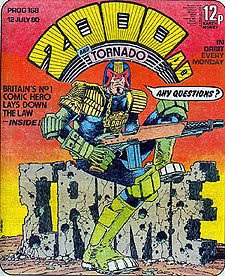 cheers
xx
Posted by Newspaceman at 16:18