Brown Girls in the Ring ? 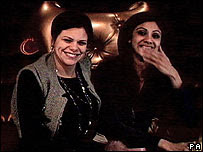 Recently in postings I was somehow drawn towards last year's news, in particular the racism row from the television show Celebrity Big Brother involving Bollywood film star Shilpa Shetty - and the furious aftermath - which included the opportunity for a "New World Order" quotation from our now UK Prime Minister, then Chancellor, Gordon Brown, who was coincidentally visiting India at the same time to build relations between the two countries. From my recent post Same difference and from Gordon's mouth:

Without going into the details of the racism row on the Big Brother programme too deeply, the main perpetrator of the "abuse" was a "young lady" called Jade Goody who claimed her fame through winning the standard Big Brother back in 2002, before commencing on a very lucrative career as, basically, a "celebrity" : (from wikipedia as linked)

Goody has fronted her own reality TV shows and appeared regularly in celebrity, trivia, and gossip-oriented women's magazines such as heat and OK!. On January 5th , 2007, Goody and her family returned to Big Brother, re-entering the house during Celebrity Big Brother.

and of the racism row and Gordon Brown, from the same link:

She also referred to Shetty as 'Shilpa fuckawhiler' and 'Shilpa Poppadom' The incident created an international outcry, gaining heavy coverage in the Indian media. Prime Minister Gordon Brown, then British Chancellor of the Exchequer who was visiting India at the time, condemned the programme on the grounds that he is against anything which might damage the perception that Britain is a country of tolerance.

Now it seems that, out of the blue, Goody is to join the Indian Celebrity Big Brother - no doubt increasing her global profile in a similar manner to that of Shetty. From the BBC today :

Jade Goody has arrived in Mumbai to take part in the Indian version of Celebrity Big Brother.

Goody is expected to join the Indian house this weekend. Shetty is the host of the programme, known as Bigg Boss.

A spokeswoman for makers Endemol said the identity of contestants was never confirmed or denied at this stage. 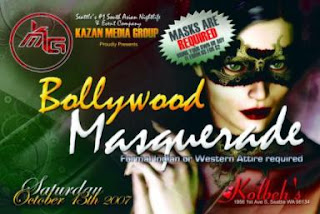