A couple of posts ago I referred to the New World Order comments of Prime Minister Gordon Brown; made in India at exactly the same time that Bollywood star Shilpa Shetty was embroiled in the racial abuse incident on popular British television show Celebrity Big Brother:


We now see more of this emergence - in the context of Western and Indian modern televisual and celebrity culture - with the release yesterday of Bollywood film, Singh is Kinng, starring none other than US rapper Snoop Dogg. From the BBC:

Dogg, whose real name is Cordozar Calvin Broadus, sings and acts in a romantic comedy called Singh is Kinng. Fusing hip hop and bhangra, Dogg appears in the film with leading Bollywood star Akshay Kumar, singing the eponymous title track. The song has already made it to the top of the Bollywood music charts and is a hit at Indian nightclubs. 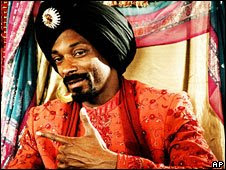 And of the caliber of this fusion of cultures ?

He says: "Yo, what up. This Big Snoop Dogg. Represent the Punjabi. Aye ya, hit em with this."

You got a big screen TV , man, you wanna give all this up?
You got the dopest shit out on the streets Nigga, is you crazy?
Thats the American Dream nigga
Well ain't it ? 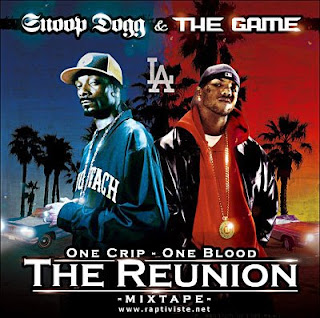 cheers
Posted by Newspaceman at 09:47

The Man who would be King
great

Cheers AFM. I note from the business pages today that Spielberg is going into partnership with one of the major Bollywood companies, a merger of DreamWorks and Reliance from India.

Apparently he is keen to get a share of the Indian market.