A load of balls ? 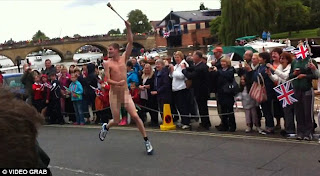 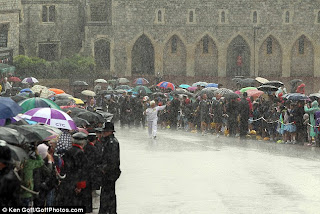 There are 18 days left of the London Olympic games relay and today "it" visited Windsor Castle to see the Queen and Prince Philip. Earlier, the procession had been interupted by a male streaker.  The rain was torrential as Gina MacGregor, aged 74, carried the torch in. She was the 73rd carrier of the torch out of 111 and passed the torch to Phil Wells, aged 12. 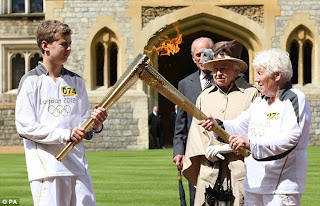 The above image shows the transaction taking place in glorious sunshine. Note that Gina is short for Regina, which in itself means Queen. Note the pairing of the two Phils. Add the two torch bearers numbers together - 73 & 74, a total of 147 - the maximum points achievable in the game of snooker - which revolves around a triangle/pyramid. Note the "torch kiss", forming the triangle/pyramid.


The LORD doth build up Jerusalem:
Then look to Scotland and Donald Trump. Today he "opened" his 18 hole golf course ("probably the best in the world") in the North East, the one built on a nature reserve, whilst dedicating it to his mother who hailed from the Isle of Lewis. Remember that the North East corner is highly important to freemasonry, for it is always the site of the cubic corner stone - "the most important stone in the whole edifice". (The Symbolism of Freemasonry). 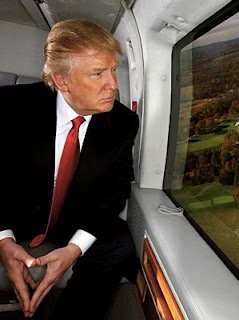 * R. Strauss - Also Sprach Zarathustra Profiles, Interviews, Videos, and Personal Observations about Trombone Players. Great Trombone T-Shirts, CD's and Gifts for Musicians. Humor, Random Thoughts and Trombone History according to Bumper T. His first album release was 2002's Trombone Shorty's Swingin' Gate on Louisiana Red Hot Records, followed by four more successful New Orleans-flavored albums. His latest, Backatown, on Verve Forecast Records, is arguably his best. This Treme neighborhood denizen delivers energetic track after energetic track, joining old school jazz rhythms with new school hip hop and funk. "Something Beautiful," "Backatown," "In the 6th,""Wher Y'At" and "928 Horn Jam" are particularly fueled with hot jazz, blistering lyrics and funky trombone fervor. All but one of the fourteen tracks is original; "On Your Way Down" is legendary Allen Toussaint's, who sits in on piano for this version. Trombone Shorty breaths new life into New Orleans jazz, creating a jewel of an album rife with soulful rhythms and kinetic energy. It was released on April 20, 2010, and is available in CD form and digital download. This one is simmering on the stove top, don't sleep on it. bach trombones for sale trombone player wanted marcus buckingham Cup Shape