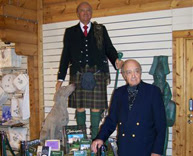 An 88 minute long documentary which claimed that "dark forces" conspired to kill Princess Diana has been shelved after the makers were unable to obtain indemnity insurance against any potential libel claims, according to the Guardian .

It was produced by an actor/comedian called Keith Allen and bankrolled to the tune of  £2.5 million by Mohamed Al Fayed (father of Dodi), someone  I wrote briefly about back in 2008 - Mohamed of the Glen - given his Scottish connections : "I like to sit in the chair in my kilt," he said. "The ancient Egyptians wore a sort of kilt, so I don't think I look out of place.

Keith Allen has a singing daughter named Lily, who is probably more famous than him. Ben, at Pseudo-Occult Media, wrote a short post concerning her, "mind control", sex kittens, caged animals and the ubiquitous chequerboard motif (here), back in 2009. 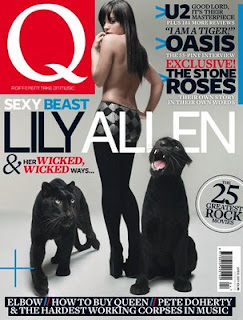 Top image - Al fayed with his waxwork image.
Posted by Newspaceman at 18:21

Thanks Moon. Note that on Sunday, Lily Allen announced she was pregnant.

Also Moon, note that Lily has become embroiled in some sort of baby twitter row with a serving soldier.

His name - Harry Wilson. He has been hauled to Edinburgh to explain himsef by top brass.

Couldnt make it up.