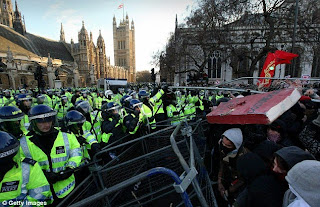 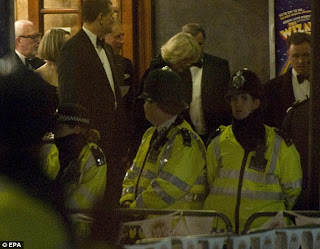 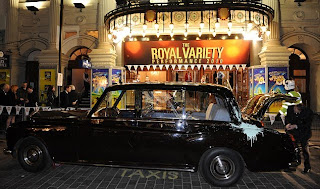 cheers
Note the "incident" began in Regent Street, outside Hamleys toy shop. Hamleys, originally Noah's Ark, was established by a William Hamley, from Bodwin (home of the famous beast). Very close to the Eden project, recently discussed here.
Posted by Newspaceman at 08:38

Don't know where I'm going with that , perhaps the rising sun will rise between Olympus and Zion.

Was wondering as ther's the word ZION on the poster and the Olympic symbol.

Anyhow this from Wiki - Camilla[mythology]:

'In Roman mythology, Camilla of the Volsci was the daughter of King Metabus and Casmilla. Driven from his throne, Metabus was chased into the wilderness by armed Volsci, his infant daughter in his hands. The river Amasenus blocked his path, and, fearing for the child's welfare, Metabus bound her to a spear. He promised Diana that Camilla would be her servant, a warrior virgin. He then safely threw her to the other side, and swam across to retrieve her."

On their way to the Palladium (Athena / Minerva) .

You did catch Webber's Wizard of Oz billboard flyers in the pictures? Tt (offically) begins 1/3, utilising the winner of a TV talent show as Dorothy.

Would it be pushing matters too much to think of Hamleys as Ham Lies, and of Shakespeare as Francis Bacon.

Thus, all the worlds a stage.

Missed the posters, I took the YBR reference to be the police , though it'd be a fluorescant YBR.

But I see them now.

All the World's Cage

ley - an arable field for the use of grazing animals, as well as 'law' in Spanish

The Ham lies down on Broadway.

The white splodge of paint looks like the dropping of an extremely large pigeon [ possibly genetically improved to become flying policemen].

I did mean the police too.

Add to the pigeon shit paint blob the Anarchy like break on the window, the gargoyle horrible secret securitat in the hood with the big nose, the fact it is in Regent street with a star type tiara xmas decoration above and that the car came from Clarence house and that Lord st Clair of Rosslyn and Orkney is in charge of the 300 royal protection squad and the hidden link therein.

A message from him .. or a plan to get rid opf him?

Was Charles in on it or was it a warning to him?

clarence means of clair or clare. The knights templar connection of st clair and rosslyn and the wizard of oZ

The root of Malone is "follower of St. John".

Charles was in-on-it. No doubt.

Springmeirer on Wiz of Oz

Yeah, if we accept the Spring's thesis on mind control, then we surely need to look at Floyd's David's Charlie Gilmour:

palladion was an image of great antiquity on which the safety of a city was said to depend. "Palladium" especially signified the wooden statue (xoanon) of Pallas Athena that Odysseus and Diomedes stole from the citadel of Troy and which was later taken to the future site of Rome by Aeneas. The Roman story is related in Virgil's Aeneid and other works.

In English, since circa 1600, the word "palladium" has meant anything believed to provide protection or safety — a safeguard. z

The Duchess of Cornwall-

Camilla was the daughter of Metibus and Casmilla. Meribus dedicated his infant daughter to the goddess Diana.

In Virgil's Aenead, Camilla ran so swiftly through a field of corn that a blade of grass was burnt. This enabled her to run across seas without getting her feet wet. Camilla joined in the struggle agains the Trojan hero Aeneas and was killed by a spear.


""When Ajax strives some rock's vast weight to throw,
The line too labors and the words move slow.
Not so when swift Camilla scours the plain,
Flies o'er th' unbending corn or skims along the main." z

Both Camilla and Palladium are in the aeneid and the poster of the wizard of Oz on the wall.

The rock and the duchess of cornwall.
z

The banter in here can be like beng in a Leith pub, amiable quips amongst the clientelle, z

Anyone got a loan of a tenner till Friday ?

I could maybe help you out there, Irvine, if you could help me..

I dont carry. Sorry. Love the books though, fantastic.

I take it you read Sylva Plath! zah

Oh what ya wanna me to tell ya huh? yall hard coah huh? you all wanna be gaangstahs mmm? C'mon brotha, shit happenz