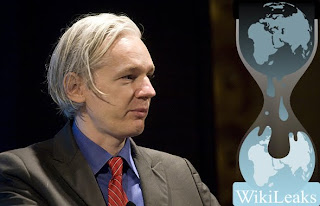 "They use Hegelian Dialectics. This dialectic process doesn't happen on its own so it often has to be forced into happening. The idea is that each idea ("ism") called a "thesis", like say Capitalism, naturally by definition has an opposite, an "antithesis". In Capitalism the antithesis is Communism. The conflict between the two produces a synthesis. By controlling both ends of the conflict, one controls the end product, the synthesis. More than not, the One-World-Power can be seen working behind both sides of many conflicts". (Be Wise As Serpents - Fritz Springmeirer)
From today's BBC:

Hackers' Mastercard attack hits payments":
Before the Mastercard attack, a member of Anonymous, who calls himself Coldblood, told the BBC that "multiple things" were being done to target companies that had stopped working with Wikileaks or which were perceived to have attacked the site.

"We feel that Wikileaks has become more than just about leaking of documents, it has become a war ground, the people vs. the government," he said.

In the last post I touched on a strange Scotland wikileaks relationship conjured up through the vessels of football hooliganism, bluenoses, Prince Andrew, the England World Cup bid and rap music courtesy Snoop Dogg; since then Scotland has been in the grip of Arctic conditions; indeed so cold is it that even one's nose is blue - hence last night's original, now remastered, post. People are prisoners in their own homes, others have been trapped for the night in their cars, unable to escape. Talk today is of the army being drafted in to Edinburgh to clear the streets of snow, whilst imposing, sphinx-like, Holyrood shadowing, volcanic Arthur's Seat, carries an avalanche warning.

Julian Assange, the wikileaks top dog, too has had a hard week; "his" bank accounts and paypal frozen, now banged up on rape charges, the warrant issued on St. Andrew's Day. Notwithstanding, a wee bit digging on the secret-ousting - deluge impending - proprietor throws up a shovelful of dirty slush in the form of his own "rap-music", penned under the name Proff, purportedly as part of some sort of "on-line" war against a fellow "computer security" researcher named Dan Farmer (the links are at the end). These are the specific lyrics which jumped out at me.

I'm Dan Farmer, you can't fool me -
the only security consultant to be on MTV.

philosophy's the trip - evil 'n' stuff,
god, we know a lot, Mike me and Muff.

Perhaps you've heard of it? Its called SAY-TAN
And it can turn any hacker into a real man!

It's so clever it can penetrate any inter-net-site,
you see against my SAY-TAN they just can't fight.

Jumped out, given the name Dan Farmer (who incidentally developed a very early network vulnerability scanner called Satan) when combined with long red hair, mighty (men of renown) , evil and stuff etc. resonates strongly with the theories of British Israel, bloodlines, Scotland, freemasonry, House of Stuart and the New World Order - or global human farm. Firstly, from Fritz (as above):

IMPORTANT BLOODLINES
Important bloodlines for the Power include:

•The Jewish bloodline of the Prieure de Sion which starts with the tribe of Dan,extends through the Merovingian Dynasty and into the Hapsburg royalty. This bloodline has kept a close association with all branches of the occult, often providing the leadership for the occult.

•The bloodlines of the leaders of the LDS and RLDS churches which go back to the bloodline of the Prieure de Sion, the Merovingians. A secret society of Danites was created by the LDS church

Then from, The Merovingian Dynasty - Satanic bloodline of the Antichrist and False Prophet:

The Canaanite territory of northern Israel was later occupied by the tribe of Dan, whose worship of Baal/Pan involved such fertility rites at Mount Hermon, also called Mount Sion. The Merovingians are the offspring of the tribe of Dan which intermarried with the Canaanite Tuatha De Danann, also known as the Dragon Lords of Anu because they were the offspring of the fallen angels (Anunnaki).

"the Merovingians were notorious for their red hair and it was believed that this is where they received all of their “powers.”

Thus, Assange's Proff moniker is perhaps short for Prophet in a similar manner to that of Scots-rooted new age (of Aquarius) guru, Benjamin Creme, who predicted, via multiple global newspaper advertisments, that the "Second Coming of Christ" would occur on Monday 21st June 1982; Prince William's "sun drenched" Cesarean sectioned birthday by the way .

"Creme has stated that when the "Day of Declaration" occurs, "The Christ will come on the world's television channels, linked together by satellite. All those with access to television will see... [His face]. He will establish a telepathic rapport with all humanity simultaneously". While the Christ is speaking... [everyone will feel far more love than they've ever felt before, that massive outpouring of love will cause] hundreds of thousands of 'miracle' cures will take place simultaneously". 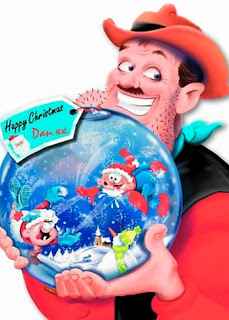 Note top "wikileaks" image, the hourglass / egg timer - a common symbol along with the skull and x bones on Templar graves. I showed one a couple of posts ago. This image (sands of time) with the globe-map, speaks volumes.

Posted by Newspaceman at 07:21

Also on its side the hourglass could be the balck and white resonating twin pillars' globes.

Suraci wrote a post and noticed the black seeping into the white in apolluting sense.

Beit Din [ BYTh DYN] is the Jewish House of Judgement, the rabbinical court.

Hourglass: the old (current) world above, the new below, the contents the same. Reincarnation over time.

Very interesting post. The bit about a telepathic link ~ sounds very much like what I expect related to the pineal gland 'third eye'.

Hope that I'm able to post here on 12/22, and be breathing a big sigh of relief ~ haven't much longer to wait and see on that one.

Other than the usual SHTF preparedness ~ I'll also be keeping as much 'cash' on hand, as possible ~ as electronic money may become inaccessible a couple of days before the 'dollar' itself is seen to be worthless. Still trying to get my mom to help me find a location to purchase a bit of silver for us ~ need to drop by her house on the way to work this morning ~ and give her funds to do that with.

Hiya, what bit about a "telepathic link".

What does SHTF mean ?

Got you now, the telepathic saviour thing by Creme. The thing is, television is hypnotic. The programmers could be playing a long game - have you seen Derren Brown and the Heist. It took him a while to "program" / hypnotise his robbers.

All this pineal gland/ 3rd eye/chakras stuff is a load of shite in my opinion. As is Creme, the New Age and, for example, The Fantastic Findhorn Foundation - where they charge you money to go and weed their vegetables.

A lot of people need their brains weeded.

sorry ~ has been a long week. i'm a hospice nurse and it seems many of my patients are in crisis. thanking god it is friday and i have 2 days off. want to relax and fish.

tshf means when the sh.t hits the fan. many seem to realize that's coming soon ~ though hardly anyone seems to think 12/21/10 is significant ~ and i don't understand why?!?

really has been a long week and i am exhausted. if you have more questions please post by sunday, and i will check ~ before another busy work week starts for me.

i did make it by mum's this a.m. ~ gave her 41,000 to hopefully buy us silver. will call her tomorrow for results on that.

beans, band aids and bullets are a priority right now ~but want to have some silver for when the dollar becomes worthless ~ which i believe will be soon.

Do you say then that wille hypnotizes? Must admit he is quite different live much more charasmatic..Z

He has a hidden yin qi energy, he looked pure on his enagement video but strangely demonic in the latest official photos z

Hiya, what bit about a "telepathic link".


lol! yeah baby precious metal x change, up up and away

To be a affluent primogenitor there's only sure mastery: when you organize a kid, don't look at it for the benefit of the first two years.jocuri-cu-fotbal.net - jocuri cu fotbal Ernest Hemingway

Catardica theory is based on the idea that the job is a means of enrichment of innate instincts. Owing to games of fiction, procurement, construction, prepare for tomorrow's lady to adult life, using at means and within the limits imposed close mediu.Jocurile children and later as adults and promote to personality development.

The game enriches the spirit. Knowledge you get, remember what you learned and apply it in practice.
This is an excellent blog post you are discussing about and i really appreciate it. It should be going on. BTW Could you write guest blog post for my blog?