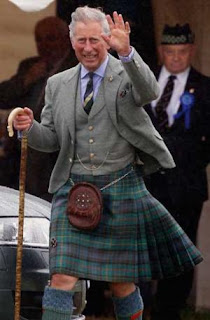 Back in the seventies, when your narrator was just a laddie, there was a television advert which stuck in the mind. It involved a good-looking lady strolling, her long-locks fairly bouncing as the sun shone through her hair; her trousers very snug fitting.

On Saturday an interesting article appeared in the mail with one of the longest headlines I have ever read: Why Prince Charles is too dangerous to be king: In a landmark essay MAX HASTINGS tells why this increasingly eccentric royal could imperil the monarchy. In it, Max, former ten-year editor of the Telegraph, country-dweller and field sport lover (as was his father) wrote of how he fears Charles is madly eccentric (something we have touched on here before), has a Messiah complex, and is out of touch with reality. The source of the writers displeasure appears to source from the Prince of Wales most recent literary offering: Harmony. It is long article, well worth reading, a selection follows:

The Prince’s new book Harmony is indeed a startling piece of work. He begins it by writing: ‘This is a call to revolution. “Revolution” is a strong word, and I use it deliberately. For more than 30 years I have been ­working to identify the best solutions to the array of deeply entrenched problems we face.

‘Having considered these questions long and hard, my view is that our outlook in the Westernised world has become far too firmly framed by a mechanistic approach to science.’
He continues: ‘This approach is entirely based upon the gathering of the results that come from subjecting physical phenomena to scientific experiment.’

Some of his phrases are ­messianic: ‘I would be failing in my duty to future generations and to the Earth itself if I did not attempt to point this out and indicate possible ways we can heal the world.’

Obsessively convinced of his own rightness, he views his ­critics with the weary ­resignation of an early Christian martyr: ‘It is probably ­inevitable that if you challenge the ­traditions of conventional thinking you will find yourself accused of naivety.’

Some of his book reads like the ravings of a Buddhist mystic.

Charles’ book ­Harmony can promote only disharmony around the throne.

But anyone who reads the Prince of Wales’ new book will have little doubt that the chief peril to our royal institution in the decades ahead lies within his well-meaning, muddled, woolly head.

Which leads me back to the point. For also in the aforementioned Harmony hairspray advert were individuals, ogling and pointing at the pretty girl. Their thoughts were vocalised: "Is she, or isn't she". As I said, I was just a laddie and could not work out what it all meant. It was, in hindsight, a double entendre: hairspray and underwear.

Yet, what if Max's whole article is indeed a double entrende with a cynical, herding-like, twist; the author being a countryman and a field sports enthusiast (indeed his own father wrote many books on the subjects) thus surely an appreciator of the great outdoors, the balance of nature, everything having it's place and role. Someone of this vein is surely capable of seeing where our world is headed, not so much in terms of cyclical climate change, of the new world order, or of pollution, but rather just the mass of ever expanding humans, both collectively and individually. Where can they all live, what will they all eat, what will they all do. This is surely not brain science nor does it require any clever thinking. There are simply far too many humans, producing too much waste, and there are more each day.

One thing about country sports enthusiasts is that they do value their sport. The wealthy ones will pay thousands and thousands of pounds to shoot grouse for a week. Others will pay similar sums to stalk a stag or try to catch a salmon in the famous Tweed Junction Pool. Gamekeepers are employed to keep down raptors and poachers. Thus, Max's whole article tone reads false to me. He decries Charles and worships a technological and sterile age. Impossible.

Personally, I am beginning to think that indeed both "Biblical end times" roles are being played out, esoterically, by the same creatures. William plays the bogus Messiah, his father plays the Messiah. Those who were foolish enough to fall for Wills are doomed, somehow. The few who were clever enough to "listen" to his father will be saved. It will begin again, with less people, another Eden, the "space age" technology saved for the elite - Gods - along with the shooting and fishing rights. In the future, as the population increases, poachers and suchlike will be sent to the colonies although, instead of Australia, it will be Mars.

How will they kill the followers of Wills ? Our answer, like Alice, may lie in the "doorway" of a rabbit burrow. For the rabbits that escaped the initial multi-killing, man-made myxomatosis virus were the one's that lived in the brambles and rough cover, the horrible (indeed it is pitiful to see) disease being spread by fleas which lingered, and still do, at the entrance of holes, awaiting victims.

On that note, I proffer up today's earthquake in Cumbria as scant evidence of my theory. For Conniston, at the heart of the shake, is noted not only for it's lake - where Donald Campbell died in 1967 after attempting to break the world water speed record in his jet boat Bluebird K7 - but also the home of the fictional government research station, ARSE, in Richard Adams' bioweapon centred, The Plague Dogs. 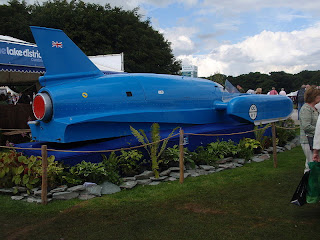 Note- rabbits are an "introduced" species in the UK.

Also see an old telegraph article on Max: My extraordinary window on power.

he should have saved the bright brolly for the green outfit, but instead it blended in with the other colorful paraders and he wasted it on foreign shores

i stand available for emergency fashion consultations; never let it be said i deserted the anglosphere

Cheers Ray. Re KJV and Hell:

you got the "carry on up the Khyber" attempt at humour ?

Cumberland comes from ' place of Cymry' and Cymry = Welsh, which Charles' is Prince of.


"The majority of the land within the city lies in a valley created by the junction of the previously mentioned streams. Parts of Wills Mountain, Haystack Mountain and Shriver Ridge are also within the city limits. Cumberland is situated at the entrance to Cumberland Narrows, a natural gateway carved by Wills Creek through the Allegheny Mountains west to the Ohio River Valley."

Yeah - a quick sum up, Chuck is nuts.

Anon, I think you miss the point, he is being portrayed as being "nuts".