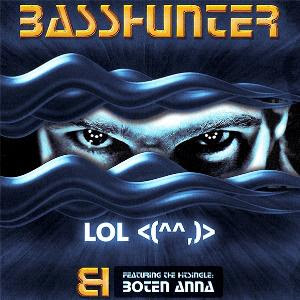 Recent posts have considered the possibility of some type of crazy relationship between events in Scotland, music, and Assange's wikileaks, notwithstanding the Olympic / Zion / Wizard of Oz / connection. While the drip continues via our Guardian newspaper - the distributor of the "secrets" here in the UK - a fairly dramatic coincidence has happened.

As we know, computer genius/hacker, Assange, is remanded, awaiting extradition to Sweden to face charges of sexually assaulting two ladies. Here in Scotland at the weekend, DJ Basshunter, Jonas Erik Altberg, born 22/12/1984, who has appeared on Celebrity Big Brother, was charged with sexually assaulting two ladies in Kitty's nightclub, Hunter Street, in Kirkcaldy last Friday. He has been bailed and returned home to Sweden yesterday. Basshunter originally produced his music through a computer program called fruity loops. 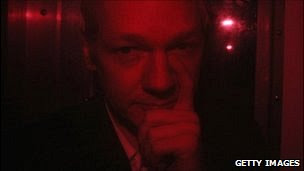 Looking at this latter situation with an open mind, we note the the Swedes, thus turnips, thus turn up a connection via the computing angle, the hunting aspect in terms of Hunter Street and Basshunter, the Kitty's in Kirkcaldy crudely offering, in the manner of a rapist, a double KK or 11 and also perhaps our catch. For ex Prime Minister, Gordon Brown - who surely economically raped the UK - perhaps in a brownpipe manner - is the local Kirkcaldy MP, that's the same Gordon who, whilst chancellor, visited India. At the time a major "racism scandal" had occured, Jade Goody having abused a Bollywood Star, Shilpa Shetty, whilst participating in the TV show Celebrity Big Brother. From

His actual quote being: 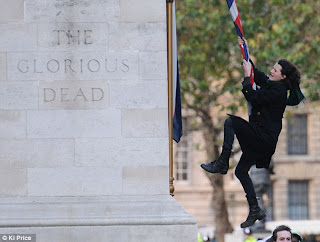 Meanwhile, thinking along the lines of the remarkable, bank robbing, weed-growing, "right wing" Fritz Springmeier, in terms of mind control, does it not seem strange that the chap captured swinging, pendulously, on a Union flag from the Cenotaph was Charlie Gilmour, son of Pink Floyd's David. Even more strange is that when the image initially appeared on the mail on line website it was captioned: "a man swings off cenotaph". I thought, that's not a man, it's a woman (see Baphomet). Not long later the caption was changed to "woman" swings off Cenotaph. I hope you get the gist. The mail on line claims now that Charlie - apparently on LSD -was part of the mob who attacked Prince Charles and Camilla (here) and they have another image to prove it.

Stoned co-eds of every place and name glow a rich green when they tell you that if you overlay The Wizard of Oz with Floyd's Dark Side of the Moon the color sequence of TWOZ begins precisely at the moment the track Money rolls out its first cha-ching. In cinema jargon this is called a money shot. A money shot is any shot that is extra-especially aimed to impress the audience. Please recall that Floyd's Money is metered out in the very rare 7/4 time signature.

Deeper investigations will note that a little earlier in TWOZ The Wicked Witch of the West appears in her guise original (as mean old School Marm Elmira Gulch) at the precise moment of the wake-up chimes that begin Floyd's Time: track #3 of DSOTM. As we go deeper still, keep in mind the slate black gown worn by The Wicked Witch. The Black Robe is a standard symbol of Saturn. Now it just so happens that when you overlay DSOTM with Kubrick's 2001: A Space Odyssey Floyd`s Time peals out at the precise moment that the Slate Black Monolith first appears to the proto-human tribe. Later on, when Money begins, the viewer of 2001 will see, for the one and only time in the movie, the IBM logo. It is right there, readable above an on board navigation monitor as the Pan Am Jet docks with the International Space Station. Watch for it!

The connexion of Floyd`s Time to the Black Monolith ought to be straight away clear: Saturn = Time. It happens we prefer that an acronym of International Space Station spells ISIS. IBM is the industry standard for cash registers. And, as stated, I-S-I-S overlain is $$. ISIS, by now, must = 7. So, it thusly follows that seated upon a square she becomes 7/4. This explains Floyd`s use of the unusual 7/4 Time signature for the track Money. $$ = ISIS = Money.

"Mr Gilmour, a Cambridge University student, has already apologised for his actions at the Cenotaph, saying he was "mortified" by his "moment of idiocy". 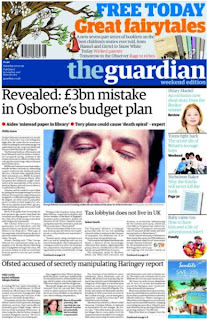 On that note, or perhaps chime, lets turnback to wikileaks and their UK media "outlet", The Guardian, owned by the Scott Trust; apparently a "left leaning" publication, certainly originally Zionist, in terms of Is Ra El (wiki). On Saturday 5th December, it published an article called: Are the 2012 Olympics part of a plot to take over the world. (Note the image above with the "fairy tales" banner was copied from wikipedia today).

In it, the author, having visited the Olympic site with a conspiracy-addict, discusses a theory of hoax alien invasion which will be created in order to achieve a New World Order. Prince William gets a brief mention, the writer offering only a few lines in this regard:

The London Olympics theory is an intriguing case, not least because it actually makes a prediction. Either something will happen in 2012 or it won't: the theory will be right or wrong. What will people such as David do if nothing happens? "I'll be really bloody surprised," he says, "but if nothing happens, I'd say that the forces of good behind the scenes, like us, saved the day and the forces of evil were stopped."

Which is where the author, and his "friend of a friend" David (not his real name) go tragically wrong. For nothing will happen, the Olympics is the icing on the cake, the building of the New Order or Zion en situ, the time neatly coinciding with the commencement of the (astrological) Aquarian age, and the ascension of bogus Messiah. Unless of course: 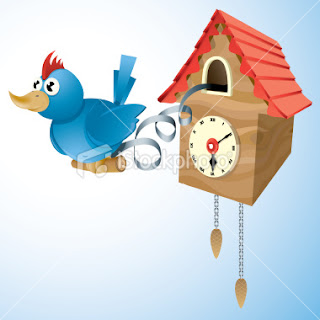 Note - The cuckoo lays her eggs in another birds' nest for them to raise as their own. Unwittingly.

Note - Basshunter's logo is as top image. It looks remarkably like El, or Saturn.His date of birth too is interesting given the Mayan calendar "end date" (21/12/12); 1984 a leap year hence a day added, thus roughly 28 years prior. 28 being the "return of Saturn" - see Wills and Kate - notwithstanding it's kabbalistic importance. Again alchemy, lead into gold.

Note - The Wrong Way Wizard, as quoted, discusses the Pan Am appearance within Ku-brick's 2001. Again, I invite the reader to glance at the astrological chart for the (wiki-leak prominent) Lockerbie (pan-am) 21/12 bombing. (The sign of the goat).

Note - Assange was bailed this afternoon, due back in court 11/1/11. Again recall Prince William in issue 1111 of Hello magazine this year, published 22/2.

The footprints of 7/4 time wash up on the shore.

'Fulghum says police don't yet know if the cases are linked, or if they have any connection to cases in British Columbia, where seven feet have washed ashore in the past four years.'

There are other things to be noted in the article, you'll laugh [ despite its morbid nature]

Something to tap your feet to.

and thats what we're seeing, formal recognitions, often ritualistic with overlays of state or popular culture


righto spaceman - that photo tells it.... androgynous metropansexual baphomet du templarsmen, and yup that IS isis the w w of the west! howdeeee lol in whom is found the blood of the glorious dead, of a certainty, and thats no joke

the nwo/aquarian is goddess ruled, so the archtypical "sex assault" charges ie offenses against Big Mammy, sanctitas etc -- one of assange's accusers (satans) is a global feminist activist with intelligence links and published writings involving how to "exact revenge on males"

i'd agree w wrong way wizard here, isis does = both money and time esp in their binding aspects

Cheers Moon, I am always tapping,. Any chance of a tenner till payday.

Please, Brian, take no notice of this guy....you will only be deluded, in turn, by this 'way/cul-de-sac'. But, by all means, listen to your own intuition....to find the 'true' path out.

a tenner . ooh er and various trogs from v iz

yeah, a v confused and misled kid... i'll respect yr discretion and leave it at that

Any chance of a tenner till payday.

From '...The House that Dan built' we get the Hagalian dialectics and the control from both ends/sides.
This is the Janus mind/computer/control - the Twins becoming one in Hermes (assumption of the taking over of the Woman)....thus making nonsense of the NWO being Goddess ruled.

For what it may be worth, a significant play coming up for those who believe in it:

Will say no more about the "women" order, I hope I have explained my position adequately in terms of "sexless" worker slaves.

Thanks anon, just going to post about it. Will say no more about the "women" order, I hope I have explained my position adequately in terms of "sexless" worker slaves. cheers