A flash in the Pan ? 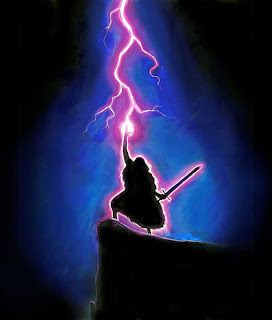 Referring to recent posts regarding esoteric messages related to mankind's slave based future, another couple of interesting matters have come to light, most definitely worth noting and, in that context, it is worth revisiting already stated matters whilst expanding in a hopefully more concise and logical manner.

As such, I need to highlight last week's events again, this time in chronological order, new additions are in italics:

The State advise that the enquiry into the Iraq War will be held secretly.
Newspaceman buys a portion of pasta bake from Law-son's butchers @ number 16 for £6.66
(Kenneth) Calman Commission announce sweeping reforms needed within Scottish Parliament.
Mull of Kintyre based Paul McCartney announces his plans for "meat-free Mondays" to help battle of "climate change" . Ultra good idea ?

If we face facts by explaining in more depth the "new stories" and thus begin with the earliest report, the Dunblane massacre escapee, Andy Murray, the logo of Queens tournament sponsors Aegon, which he won on Sunday, is reproduced here, note the square, note too the initials of his opponent, JB, resonating the pillars of the freemason's tracing board.

As well as that, we were treated to Paul McCartney, ex Beatle, extolling the benefits to humanity of being vegetarian and, as such, seemingly somehow saving the planet. No real rationale was offered, reminiscent of Beatlemania. Were they really that good, or was/ is it just media driven hype ?

Next up Oasis, playing Murrayfield Stadium, the band firstly hitting the historic High Street to soak in the atmosphere. Local primary school, Roseburn, is closed for a half day, mothers are up in arms about it, according to the Edinburgh Evening News. We need to bear in mind here that Manchester rooted Oasis are fronted by Liam (and Noel) Gallacher and claim McCartney's Beatles to be their main source of inspiration. There was some fighting and bloodshed at the concert, captured by the Evening News, the perpetrators looked like squaddies, they had the haircuts and muscles. Bet they could not eat as much pasta bake as me though. Next day, Liam goes to various public houses in the Capital (The Jinglin Geordie in Fleshmarket Close together with the Halfway House), where he states that Edinburgh is, as noted, "fucking biblical", and that: 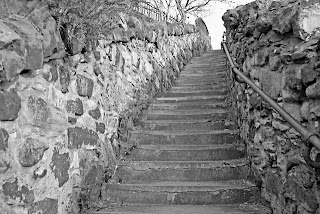 On stage, Liam dedicated Cigarettes and Alcohol to "everyone who had half a day off" and the "snobby" mums at Roseburn, but in the cold light of day, he reflected: "They didn't p*** me off, I thought it was cool. I just hate posh people who work all day. It's about time they spent time with their kids and I reckon they should have had a full day off with their kids, not just a half day off. It's about the kids."

We know how the freemasons gleaned the latter part of their wealth, cigarettes and alcohol, but, to close, another lightening strike, this time on a house in Oasis' home town, the owner, a Mrs Jacob.

Lets sum up the week in a Scottish, freemasonic - creators of our present Western world - context.

It started on Sun-day with the lightening strike, 16 bullocks, 4 squared, the location East Lothian, an area steeped in ancient Scottish myth, legend and history. Round about the same time, Andy Murray wins the Aegon sponsored Queens competition. Andy had a "close encounter" whilst being "educated" at Dunblane Primary school when proved freemason and child abuser Thomas Hamilton carried out the massacre, the first one in the ongoing, upsetting, globally replicated saga. Some say it was an occult ritual, Hamilton being a Mancunian candidate. The first Scottish victim of Swine flu occurs today, her baby will die too, shortly.

Then Monday and McCartney with his meat free days programme to help with climate change. (cc=33) Synchronistically, newspaceman purchases a portion of meat based pasta bake for £6.66. The Cal-man Commission (33) advocates sweeping reformation for Scotland's economy. The essential part of world domination; Iraq War, enquiry; is to be held in secret , it is announced by top level Gordon Brown.

On Wednesday we note the court appearance of Royal gamekeeper, Robbie Elliot, for snaring a badger. Badgers are black and white creatures, see the mason's chequerboard, the point that missed me up to now was that the snare kills by strangling the poor animal. We observe parallels of this during the freemason's initiation, where the candidate swears various oaths with a noose round his neck and a trouser leg rolled up. Poor fools, lambs to the slaughter.

Oasis play Murrayfield, Roseburn Primary is closed for a half day. We touched on (lay-line) Roseburn earlier this year in the post Sounds of Blackness where we noted the discovery of architectural plans under a bush for the Royal - Holyrood Palace - residence by a Jack Russell terrier called Polly (=parrot=pirate=templar=freemason), who happened to be owned by a newspaper agony aunt called Joan Burnie.

Thursday comes up and a saved child-baby-cute badger story appears, from pig related, Roman Goddess, Ceres Road in Cupar. Beatles worshipping Mancunian (Manchester born) Liam Gallacher declares Edinburgh to be "biblical" and that mothers should spent time with their children -"it's about the kids". Bang on Liam, but no one listens to him, they consider him an ill educated oaf. Thus, everything he says has the opposite effect. Therefore, he is a double edged sword and he only has four toes you know. (Tawaret ? Lost ? I need help here aferrismoon) Nothing is reported about his brother, the Christmasy sounding Noel. 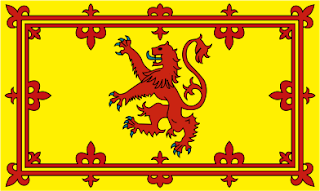 Same day, another pair of brothers, Royal Wills - da lion king - and Harry, are able to give a joint press conference, basking like cats in the sun, at their military ambitions and brotherly love. Remember, when a lion takes a new pride over, first thing it does is kill, and eat, all the cubs who are from the previous (perhaps physically defeated) male lions bloodline. I saw it on TV, the "new" lion shook the babies to death and then ate them like a Lawson's butchers pasta bake.

Our week ends with more lightening, on Thors-Day, at the Jacob's manor, House of Jacob?, in Druidic sounding Oakwood Lane, Manchester. 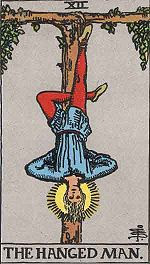 The Jinglin Geordie public house is named after goldsmith and philanthropist George Heriot. He also opened a school for the fatherless children (faitherless bairns) of Edinburgh. He was born on 15th June.

A cowan in freemasonry is a unskilled worker, a dry state dyker for example, one who builds without cement or concrete. He is despised by those in the brotherhood.

Dry-stane dyked stairway, as pictured above, is Jacob's ladder in Edinburgh. Not a stones throw from Liam's Capital drinking dens.

Posted by Newspaceman at 14:53

I included the snap of John LOcke in the middle of his 'masonic' rebirth ceresmony and at the time thought that it was quite clever to give him a broken leg to represent the rolled up trouser.
Then there's only the leg left of the statue and it has 4 toes. Didn't know about Liam [ Irish form of William].
Then Ms Sotomayor breaks her ankle in time with her promotion. John Locke gets ' promoted' after the episode where he breaks his leg.

At times with various body-parts coming to the fore, perhaps we are indirectly creating an enormous psychic body.

The 'Lost' episodes dealing with John Locke were defo a theatrical 'Masonic Ritual', wonder why they did it.

Then there's the Jacob character who's been killed by Ben who was persuaded to do so by Locke, but it wasn't Locke[ obviously he couldn't directly kill Jacob] , we find out, but Jacobs enemy over many lifetimes[ One episode has them in a black shirt and a white one]
Somehow he has the power to make people see him as John Locke.
The killing takes place in the giant foot.

thanks aferrismoon. Ber-cow to be new speaker.