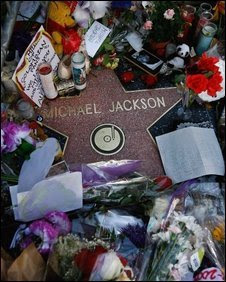 The passing of superstar Michael Jackson may seem remote in the context of the bovine flow of recent posts; however we must bear in mind the accusations of child molestation which were previously laid against him. Here in Scotland, one who indulges in nefarious behaviour against wee-ones is known, colloquially, as a beast. I think the same applies for the rest of the United Kingdom too.

The most famous Jackson incident I can recall was at the Brits in 1996 when Pulp frontman, Jarvis Cocker, "mooned" at him - mooning being another colloquialism - which means to bend over and expose one's buttocks (although Jarvis did not actually expose his, rather just pointed his posterior in the general direction). We read more of this escapade from wikipedia :

Cocker invaded the stage at the 1996 BRIT Awards in a spur of the moment protest against Michael Jackson's performance. Jackson performed surrounded by children and a rabbi, while making 'Christ-like' poses and performing his recent hit, "Earth Song". Cocker and his friend Peter Mansell (a former Pulp member) performed an impromptu stage invasion in protest.
Summing up, we see clear connotations with Crowley and the Christ impersonating Jackson in both a beastly manner and their love of mind-altering drugs, whilst Cocker plays the ritual Glastonbury event this coming weekend. Pictures are of the famed pyramid tent, lightening from this year and Crowley - the bottom two are somewhat intertwined. 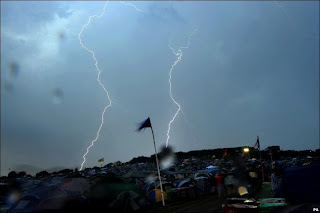 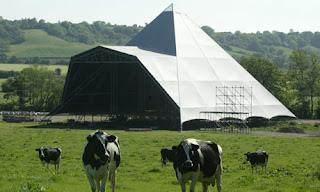 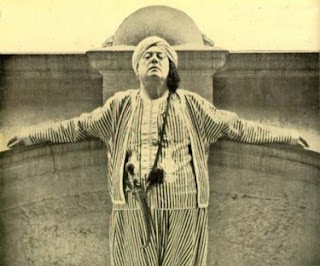 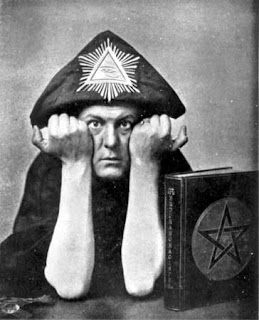 
cheers
Posted by Newspaceman at 16:33