We resurrect our post from Sunday, Paisley Pattern, where we touched on the two swine-flu deaths at the Royal Alexandria Hospital, linking them to the ongoing herding of humanity via a double edged, media driven, psychological sword of fear and celebrity worship: the eventual outcome of this herding process yet unknown, but extremely frightening if taken, for example, in conjunction with the Biblical Book of Revelations - as for sure we live in some sort of "end days" for humanity as we know it; although some may call it, and see it, as a golden age. We shall return to that in time.

To continue the theme:

Last Wednesday at 12.40am in Paisley Drive -which sits in the leafy district of Willowbrae in the evening-shadow of Arthur's Seat, Edinburgh - 39 year old Douglas Downing was blasted twice at close range with a shotgun after returning from walking his dog. It appears it was a case of mistaken identity.

Today at Edinburgh Sheriff Court, Kenny Anderson, a Commonwealth Games gold medalist boxer, was charged alongside Dean Scott with the attempted murder of 23 year old David Togher last Tuesday evening in Hay Drive, Craigmillar, Edinburgh. Mr. Anderson also resides at Paisley Drive, although he returned from training in Los Angeles (thinking Michael Jackson) at the police's request and was arrested at London's Heathrow early this week. His last major bout was in Glasgow last year when he fought Nathan King. Mr. Scott, his co-accused, was slashed "around a dozen times" on Sunday night in the Inch housing estate, again Edinburgh.

We touched on the Inch in my post
I can see the wood, and the trees in January, where I noted a murder in Hazelwood Grove (just after the finding of the severed head in Hawthornvale) stressing both the esoteric qualities of the hazel tree and the proximity to Craigmillar Castle - a place "best known for it's association with Mary, Queen of Scots". What I did not bother noting at the time was the fact that Craigmillar once supported a thriving dairy industry - which blends in well with many recent posts - around the turn of the century. The scene of the assault in the agricultural resonating Hay Drive is a mere arrow-shot from the Castle. 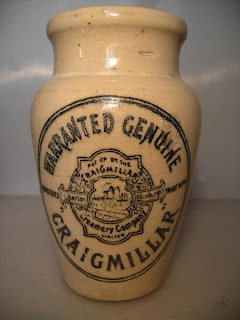 A quick look at the mythology of the willow, bearing in mind Paisley Drive's Willowbrae - brae meaning hill:

Most willow species grow and thrive close to water or in damp places, and this theme is reflected in the legends and magic associated with these trees. The moon too recurs as a theme, the movement of water being intimately bound up with and affected by the moon. For example, Hecate the powerful Greek goddess of the moon and of willow, also taught sorcery and witchcraft, and was 'a mighty and formidable divinity of the Underworld'.

See too: Ray's recent post, the Harry Potter series and Tolkien's Lord of the Rings on this topic.

As discussed many times here before, in the morning shadow of Arthur's Seat sits both the new Scottish Parliament and the historic Royal Palace (and Park) of Holyrood, where in fact the Queen is currently residing on her ritual, annual vacation. From the well worth reading in full: The Roseline Journey (part 3):

St Margaret’s loch lies beneath Arthur’s Seat in Holyrood Park. The Loch is named after Queen Margaret who was married to King Malcolm the Third. Part of her dowry was the Holy Rood cross on which Jesus was crucified. The Scottish Parliament adopted the name for their new building opposite HolyRood palace at the foot of the Royal mile. King Malcolm III had inherited the throne from Macbeth in 1070....The Roseline passes directly through St Margaret’s loch.

Just before I go, there is another Paisley related story which has cropped up in the news today. It concerns Irish politician, Ian Paisley Junior, being fined £5,000 for contempt of court in respect of Loyalist Volunteer Force founder, Billy (William) "King Rat" Wright. The link is here, readers may remember his father's outburst in the European Parliament when he claimed the Pope was the antichrist.

Another case of mistaken identity ? 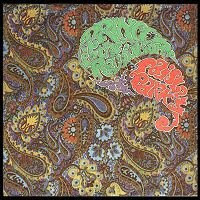 I do not wish to delve too deeply into this, like Crowley, but when I wrote my aforelinked Hazelwood Grove murder post I perhaps took the salmon of wisdom story too literally. For, according to a Mr De Vere in his fascinating Dragon Kings study, the Druidic salmon of wisdom alludes to the consuming of menstral blood in order to give one powers of prophecy.

The Glasgow bombers worked at the RAH.

Last image is Prince and the Revolution - Paisley Park

For a quicker, less demanding exercise, to glean the undertone of the rapidly forthcoming future simply divide the amount of links on the slave resonating, top pictured, chain by 3.

Kenny Anderson in trouble.
Posted by Newspaceman at 15:52

Anon, you got me there, maybe I was a bit carried away. I dont have a clue about the alphabetical link, sorry.

The way I see it, they are playing a part of a pre-written script.