One for the pot on a Glorious 12th 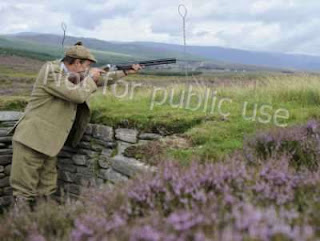 From the Scots Dictionary:

A bampot is a colloquial term for a foolish, stupid or crazy person, as are bam and bamstick.

So we are here, the 12th day of the of the 12th month, an auspicious grand mutable cross in the astrological heavens, and a power of New World Order orientated shenanigans down below.( see knock twice if you hear me.)

Ireland and the 365 day old Treaty of Lisbon - again a significant day, the Irish no vote of earlier this year disregarded, another referendum to be held by October of next year. From the BBC Ireland braced for tough New Year (dig the intentional mocking irony in pork and Groundhog given recent posts)

The backdrop, of course, is the economic downturn, which is hitting Ireland particularly hard. The forecasts are dire.

Add to that a crisis in the farming sector - a recall of Irish pork in recent days - and the gloom deepens. And now, we have the promise in 2009 of a re-run referendum on the EU's reform treaty.

Since the first Lisbon vote back in June, in which Irish voters rejected the treaty, the world has turned on its axis.

Groundhog Day may well be appearing somewhere in the Christmas TV schedules. And once the parties are over, the Irish government is likely to step into the New Year a little nervously.

America and the ailing car manufacturers. The Senate said no, however this again has been neatly side stepped, as the White House considers using TARP (finance industry bail out monies) instead. Net result is still the same. See US mulls bank funds for carmakers. 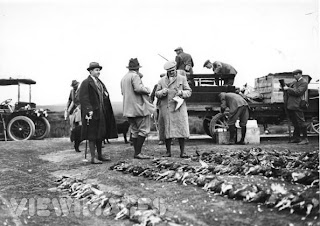 Gordon Brown has said European leaders have agreed to back an "ambitious and co-ordinated" recovery plan to help their economies through the downturn.

He said the EU's plan brought it into line with action already taken in the US and with commitments by President-elect Barack Obama to pump billions more into the economy early next year.

"Europe has agreed unanimously and in a united way to take coordinated action that is substantial. That means that Europe and America will be working together to create jobs and grow

Remember though, it was not Barack Obama's masterplan, rather it has always been Gordon's, and this is already being distorted (turned on its axis) by the media. For example, chief BBC political reporter Nick Robinson's "blog post" titled Obamanomics, where he states:

Economically, Obamanomics represents a belief in the need for governments to stimulate their economies with spending increases and tax cuts paid for by increases in borrowing.

Politically, it means a belief in big government and an emphasis on what politicians of the centre-left call fairness - as illustrated by promises to make the rich pay more tax. 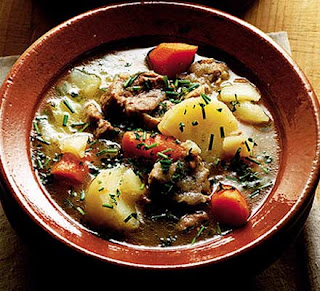 Open yer peepers - they bam you up.

cheers
Posted by Newspaceman at 15:25

Email ThisBlogThis!Share to TwitterShare to FacebookShare to Pinterest
Labels: terrible attempt to communicate with the youth

All ready for the Roosevelt redo.

When's the rabbits due?
With the golf coming up next year - rabbit warrens seem a bit similar to golf course
What's the recipe for Obama soup then?
Diced hope [ found on the pavement after a few soberibg drinks]

Cheers Michael, afm - I think the golf/rabbit links are explained in The Hobbit.