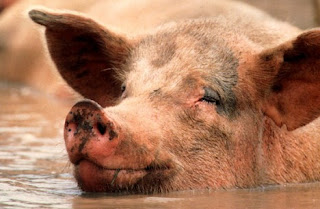 As we are all aware, the Irish voted no to the Luciferian Treaty of Lisbon, although it is now becoming apparent that another referendum will occur.

Given this, somehow I am drawn to breaking news over here, that Irish pig produce is contaminated with ultra-high levels of dioxins seemingly due to a single source of contaminated pig feed, and as such, bacon, sausages etc. have been recalled from the shops.

The UK's Food Standards Agency has said pork from the Irish Republic and Northern Ireland should not be eaten.

Dioxins were found in slaughtered Irish pigs, thought to have eaten contaminated feed.

The Irish Minister for Agriculture, Brendan Smith, said the problem was confined to 47 farms.

Whilst I am aware that there are those who scoff at numerical synchronicities, it is worthwhile to note the total farms (47) and the beef farms (38), adding the digits gives us 11 11. 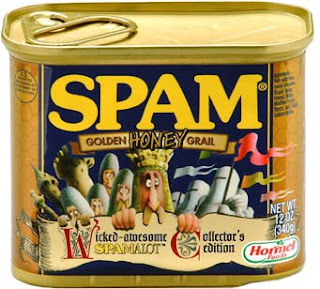 Notwithstanding that, given the slender margin by which the original no vote was decided, this issue may well turn out to have important ramifications in "any" future second referendum, especially considering the financial importance to the apparently fragile Irish economy. 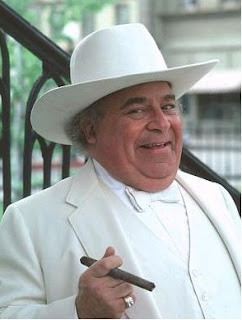 We shall see how the wind blows.

ps - it now appears that the source of this dodgy pig-food can be traced to a company called Millstream Power Recycling owned by a Mr. Robert Hogg.

Posted by Newspaceman at 15:38

Apparently its only Home-made products that have got recalled . The supermarkets and the EU in some sort of pincer movement - squeal piggie