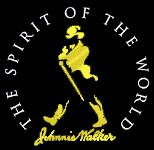 As noted in many recent posts it seems symbolic that the Scottish banks are among the first to be taken into State ownership (probably the first in terms of lending per capita), and that this is a model destined to be replicated globally; especially given that this current Western society is Scots freemason founded, or certainly the banking structure is, with America's first bank founded in 1781, the Bank of Scotland in 1695 and the Bank of England just the year before - all by Scotsman give or take a generation. Naturally.

As we look forward, ominously, to next Friday, the solar anniversary of the New World Order founding Treaty of Lisbon signing, and the date that Bank of Scotland shareholders vote on whether to accept a State manufactured "bail-out" or takeover, we also look upwards, astro-logically, and note a mutable cross forming in the heavens - a cross comprising the planets Mars, Uranus, Saturn and the Moon, which itself waxes into full form at 16.38 (GMT) that day. As commercial astrologer Jonathan Cainer notes:

It is potent, intense and bodes wonderfully well for all who wish to create change!

Of course, it is not just Barack, our planets or economic systems which are ever- a-changing, we must take into account the fight against "global warming". As Prince Charles himself noted on Valentine's Day this year in a speech to the European Parliament (from Prince sees climate fight as war):

"Determined and principled leadership has never been more needed," he said. "Surely, this is just the moment in history for which the European Union was created?" 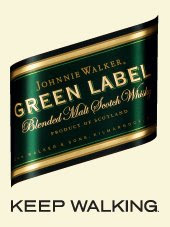 So, given the above and perhaps recalling Dolly the cloned sheep, it surely comes as no surprise that we read from the BBC news yesterday of how it appears that Scotland is set to front the green charge, so to speak. From Climate bill "could lead world":

Climate Change Minister Stewart Stevenson said the bill would give Scotland the most ambitious climate change legislation anywhere in the world.

He added: "The measures set out in the bill show that Scotland is at the forefront of global efforts to tackle climate change.

cheers
Posted by Newspaceman at 13:11