Voyage of the Damned

Further to yesterdays posting which you need to read before this, a BBC video news report is available here called Operation Rat - showing baits of candlewax and cocoa being laid by "rat-catchers", Abbie Patterson and John Sinclair, on St. Kilda, in order to ascertain whether or nor rats have arrived via the shipwrecked trawler Spinningdale. This bait is seemingly irresistible to rodents and will be examined for tooth marks; thus confirming the invasion either way.

It seems though that it is not all plain sailing and that perhaps more signals are being sent, in a roundabout way.

The BBC crew who initially went to film,were plagued with difficulties, one falling and breaking an ankle, the other falling violently ill with seasickness. The trip had to be aborted and a fresh crew dispatched, can can read the full report here, from the Daily Record.

And from todays Scotsman, we find more calamity, the rat-catchers themselves now trapped, their helicopter grounded by storm force winds.

Just to confirm my thoughts and the title of this post, we find that a ward in Glasgow Royal Infirmary was closed yesterday due to an outbreak of scabies, a disease caused by an allergic skin reaction to the parasitic mite, Sarcoptes scabiei, which burrows into the skin like a Spinningdale mammal, causing intense itching. That naturally leads us to Rat Scabies, drummer with punk band the Damned. 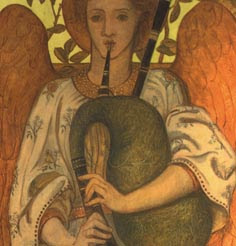 Hunting rats with wax and cocoa

Smelling a rat on a remote Scottish isle

Something else that is relevant is that 1st February is known as Brigid's Day in Irish mythology, the day before Imbolc, a cross-quarter festival day from ancient times and in fact dedicated to the goddess Brigid.

Imbolc is traditionally a time of weather prognostication, and the old tradition of watching to see if serpents or badgers came from their winter dens is perhaps a precursor to the North American Groundhog Day. A Scottish Gaelic proverb about the day is:

"The serpent will come from the hole
On the brown Day of Bride,
Though there should be three feet of snow
On the flat surface of the ground." 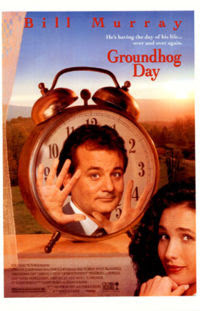 Been here before ?
Posted by Newspaceman at 08:55