Going back to last week and the white stag.

It was a Holy Day in 1127 when King David decided to go hunting, against the advice of his priest. Close to Edinburgh Castle he was suddenly confronted by a white stag which set about him. In desperation, he grabbed the beast's antlers to protect himself - miraculously they transformed into a cross - the King was spared and built a church on the spot, to be known thereafter as Holy-rood or Holy Cross.

First the church or abbey was constructed, then another very close, called St Anthonys, then the royal palace of Holyrood and finally, far more recently, the new Scottish Parliament building. The surrounding countryside, including extinct lion shaped volcano Arthur's seat, was turned into royal parkland, which indeed it still is.

"Rood" is an old word for "cross", usually meaning the crucifixion cross of Jesus; thus the name is equivalent to "Holy Cross." A legend relates that King David I got into difficulties hunting in the woods and was saved by a stag with an illuminated cross between its horns, then vowed to build a church on the spot. The name is more commonly pronounced as Holly-rood as well as the less commonly used Holy-rood."

As well as the white stag legend, there were many other social changes which King David "brought" with him to Scotland - so numerous and so significant that they are collectively termed the Davidian Revolution. This was part of a ongoing cultural European revolution. From wikipedia (linked):

"In applying this model to Scotland, it would be considered that, as recently as the reign of David’s father Máel Coluim III, "peripheral" Scotland had lacked – in relation to the "core" cultural regions of northern France, western Germany and England – respectable Catholic religion, a truly centralized royal government, conventional written documents of any sort, native coins, a single merchant town, as well as the essential castle-building cavalry elite. After David’s reign, it had gained all of these."

"During the reign of king David I, then, comparatively straightforward evidence of "Europeanization" was produced in Scotland – that adoption of the homogenized political, economic, social and cultural modes of medieval civilization, suitably modified for the distinctive Scottish milieu, which in tandem with similar adoptions elsewhere led to the creation of "Europe" as an identifiable entity for the first time. This is not to say that the Gaelic matrix into which these additions were disseminated was somehow destroyed or swept away; that was not the way in which the paradigm or "blueprint" of medieval Europe functioned – it was only a guide, one that specialized in amelioration, and not (usually) demolition."

So we can surmise that David transformed the culture and social structure of Scotland, bringing it up to date, yet not by outright domination but rather by a gradual and slow merging into the New Europe as it was then. Friendly amalgamation or so it would seem.

Could be that the legend of David and the deer is without substance and that it is allegorical of an entirely new culture and religion replacing the old celtic lifestyle, which did indeed hold the white stag as a creature of reverence and deep symbological meaning. Hence the cross replaces the antlers. Perhaps though there was a white stag roaming about in 1127, perhaps it was an portent of what was to follow.

For, eleven years later at the Battle of the Standard, David took his Scottish army to Northallerton in England to fight for his niece Matilda and her claim for the English throne. There he proudly unveiled his new flag - the dragon decorated Scottish Royal Standard:

"An earlier recorded Scottish Royal standard featured a dragon, which is known to have been used at the Battle of the Standard in 1138 by David I."

And of the Scottish troops fighting under the dragon emblem ? Again we read from wikipedia:

"The army which invaded England in the January and February of 1138 shocked the English chroniclers, and the shock was compounded even more by the fact that it was led by "their" David. Richard of Hexam called it "an execrable army, savager than any race of heathen yielding honour to neither God nor man" and that it "harried the whole province and slaughtered everywhere folk of either sex, of every age and condition, destroying, pillaging and burning the villas, churches and houses". Several doubtful stories of cannibalism entered the chronicle records, as well as routine enslavings and killings of churchmen, women and infants. Henry of Huntingdon wrote that the Scots:

cleft open pregnant women, and took out the unborn babes; they tossed children upon the spear-points, and beheaded priests on altars: they cut the head of crucifixes, and placed them on the trunks of the slain; and placed the heads of the dead upon the crucifixes. Thus wherever the Scots arrived, all was full of horror and full of savagery.

Could we surmise from this that David brought a strange type of "Christian" culture with him to Scotland. Certainly it seems that humanity was forgotten back then and, to all intents and purposes, has never recovered.

We stand on the brink of a new super continent- a new Europe.

But the real powers are not changing.

The stag is here for a reason. 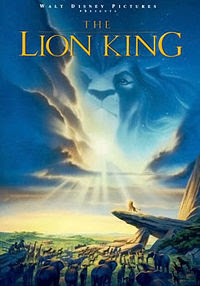 cheers
Posted by Newspaceman at 06:08