The fox hits London, "close to Tower Bridge" - we note from the BBC of how Scots born MP, Conservative shadow defence secretary, Dr. Liam Fox's house was broken into on Wednesday evening -the eve of his speech outlining his party's armed forces election manifesto.

Merely a coincidence, given in my last post we dallied with a painting theft and Tolkien's Bilbo who was indeed a burglar ? The tower too is prominent in this theory whilst the bridge aspect adds credence to the Pope/Queen religion merging meeting to be held on 16/9 at Holyrood.

Perhaps, but a quick glance at the honourable doctors wikipedia entry shows his colours:

He has very strong Atlanticist views. He believes that NATO is the cornerstone of the United Kingdom and Europe’s defence and that NATO must have primacy over the European Union including the right of first refusal for all matters relating to the defence of continental Europe.

Looks like a one world order/zion enthusiast to me, whilst the fact that a doctor is heavily involved in killing other humans surely indicates some underlying mental condition ?

However, notwithstanding that, we do find confirmation that we are on the correct trail by means of another wikipedia entrant, the only with the same name, another Scotsman; this Liam Fox born 2/2/1984, a footballer at Livingston FC - a club recently taken to the brink of bankruptcy by it's Italian owner. Now Livingston used to be called Meadowbank Thistle and prior to that Ferranti Thistle, both of whom played their home games in the purpose built stadium for the 1970 Commonwealth Games (in the shadow of Arthur's Seat).

Ferranti was "a major UK electrical engineering and equipment firm known primarily for defence electronics and power grid systems". It ceased trading in 1993, part of it bought by BAE and suchlike. 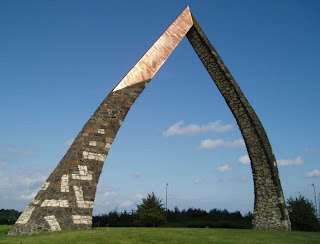 Oddly just read a story in the Telegraph online about a girl with red-hair [ fox coloured] being bullied at her school PHOENIX SCHOOL , TELFORD