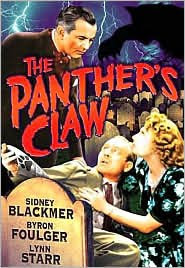 Another incident occurred yesterday involving a Ryanair plane after a fire warning light illuminated, forcing an emergency landing and evacuation, thankfully however a false alarm.

Astonishing parallels can be drawn with my post of yesterday, given that the flight was from Liverpool John Lennon airport, destination Agadir, Morocco. Initially we have the singer/celebrity synchronicity but perhaps more importantly the destination.

Agadir, from wikipedia means, in Berber, "wall, masoned wall enclosing a town, fortress, town" which resonates freemasons, and our own global prison construction whilst historically the sea-side city, destroyed in 1731 by an earthquake and rebuilt, is the location for the eruption of the Agadir Crisis on 01/07/1911 after a German gunboat, Panther, was deployed to the port.

Panther being another big-cat as noted in my post from July - Hark ! The Herald Panthers sing... - when I pointed out that the more recent Panther's Claw military operation in Afghanistan had commenced on Prince William's sun-drenched solstice birthday (although he was "born" by cesarean section during an eclipse and thus occultly replaced the sun on earth) and was headed by, as usual, Scottish soldiers from the Inverness (Fort William) based Black Watch Regiment.

Potentially resonating Tiger Woods again, or maybe it is just me, is that an anagram of Panthers is: Her Pants; also note that the movie, The Panthers Claw, was released on 3/3/1942, exactly 18 years to the day (again thinking golf) before Elvis visited Prestwick.