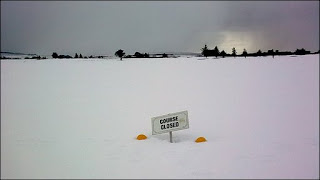 Just after Christmas and New Year as the blizzards pelt down, the cold chills to the bone and depression hits collective humanity, we hear of some "good news" to come in 2012 with the announcement of an extra bank holiday on Tuesday 5th June to commemorate the Queen's Diamond Jubilee. Additionally, the traditional bank holiday granted by "royal proclamation" (as they all are in the UK with the exception of St. Andrew's Day which is statutory) at the end of May will be moved to the 4th June (a partial lunar eclipse) thus providing a 4 day extravaganza.

This announcement was relayed to ourselves via the media yesterday by Lord Mandelson, a snake in men's clothing if ever there was one. From the BBC report, we note that he feels it will be a:

"truly historic occasion" which would allow the British people to show their "pride and affection" for The Queen.

Whether this is factually true or not is debatable, especially amongst the Celtic supporters I know, but nevertheless, given recent and older musings noted here regarding the number 33 and the freemasonic architecture of our banking system the wikipedia entry on bank holidays is most revealing:

Prior to 1834, the Bank of England observed about thirty-three saints' days and religious festivals as holidays, but in 1834, this was reduced to just four: 1 May, 1 November, Good Friday, and Christmas Day.

What interests me too is that, should the Queen hand her power to grandson William directly after the diamond celebration, he will be commencing duties on 6/6, which happens to be the date of the second, and last, solar transit of Venus (Lucifer/Morning Star) this century.

Note too my post from 2007, Armilustrium - Martial Law, re HM the Queens visit to the £300 million Diamond Light Source synchrotron science research facility at Didcot in South Oxfordshire, the same day as Prince William visited Faslane - the Scottish base for the UK's only active nuclear weapon system. On the date the Romans honoured their planet of war, Mars.

Posted by Newspaceman at 08:56