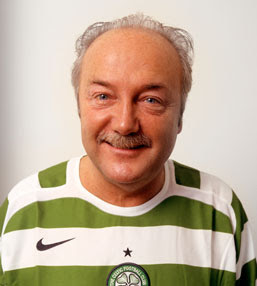 The Egypt/Cat/Scotland/Celebrity/terrorism/Celtic synchronicity continues with "breaking news" today that Scottish MP, George Galloway, has been deported by plane from Egypt, after attempting to cross into Gaza from there to help members of a humanitarian convoy.

In recent posts I have touched on the television show Celebrity Big Brother. "Gorgeous" George, as he is nicknamed, appeared on the show in 2006 where the "highlight" was his imitation of a cat, including pretending to lick milk from fellow celebrity, Rula Lenska's, hands. 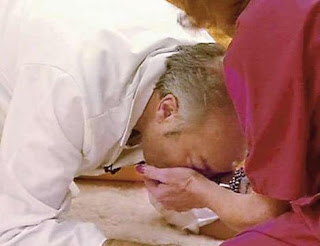 indeed this handy (oopz) picture is reminiscent of your photo of the "scottish sphinx" where the (pseudo) royals retreat -- based on an "entity" that the ancients believed expressed femininity (esp in context as a/the Mystery . . . so biblically concordant)

thus George Galloway, GG33 -- pathetic masquerade of masculinity that "he" is -- was worshipping the goddess, licking up Mystery Milk in his posture of worship and subjugation

GG also = Lady GaGa, who was recently shown similarly bowing (like gallows-way) to the other RUler, who hangs at holyrood (=holy root = tigerstaff)

reinforcing that the male politician/leader is a shill, actually controlled by the female "life force"

good series, your line of iniquiry is paying off

And Rueing the moment

Rue is a a herb used as a purge


yup hes right in the Mix aint he? there on the RedLine prostrate 'longside the Nile with Elin and Ruta and co.

and, again: let me take this opportunity to apologize SINCERELY to weasels everwhere