Just before Christmas and the appearance of the horned and bearded Baphomet I highlighted the unusual choice of festive card for this, the homecoming year, by Scottish National Party (SNP) top-boy Alex Salmond (see here), whilst insinuating pictorially that perhaps the boats sailing into MacDuff harbour were more a reflection on the arrival of the Knights Templar and subsequent freemasonic movement spawning, rather than the advertised Robert Burns or golf.

Today these accusations again seem justified, certainly numerically, as we initially read a brace of finance related Scottish news stories, the first today from the BBC concerning the SNP's budget for next year, a top level freemason degree resonating 33 billion pounds, to be spent on a variety of projects: energy parks, the Edinburgh "bio-quarter", transport and affordable housing - whilst "supporting" 4,700 jobs.

Secondly, we note, again from the BBC today, that although capital city Edinburgh was itself allocated an extra £3.5 million from this budget, they actually asked for more:

It is the first time the city's special role has been recognised, however it is only about a tenth of the £33m Edinburgh City Council asked for.

From those two, we change angle to another report on what seems a different topic. Again fresh from the BBC today, under the headline Salmon angling trophy resurrected:

The Malloch Challenge Trophy will be awarded to the angler catching the heaviest salmon of the season.

The solid silver model of a leaping salmon was first awarded in 1972 for a 43lb fish caught on the Tweed.

A combination of a withdrawal of sponsorship and stringent conservation measures led to the ending of the competition in 1999.

That year, an angler who caught a 33lb salmon on the Spey was awarded the trophy. 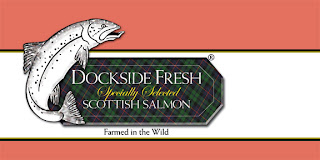 Yet this latter story in fact clarifies the first two. For if we crunch the first stated number, the £33billion or £33,000,000,000, to be spent in one year by the government of a country with a population of 5 million people of all ages, then this equates to £6,000 being spent for every person. Given the average wage up here is maybe £22,000 and that not all individuals work, it is safe to assume that the majority of this spending is to be financed by national borrowing.

Thus, when Scotland is eventually officially bankrupt, probably around 2012 and the apparent commencement of the Age of Aquarius (following Pisces, the fish), a saviour will come to help, to bail out our nation and, as such, to hold our children and their children in everlasting debt. Almost like they are being farmed. 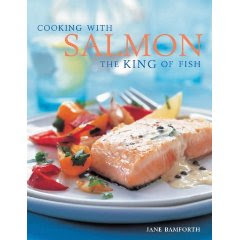 No bones about it, the salmon, the King of fish.

Posted by Newspaceman at 19:32

I totally missed that one !

Also Angling [ rather than fishing] seems to deal with the 'angle', perhaps of the rod , or rod and line. perhaps a relaxing way of pyramid building. Also a giant fish consumed Osiris' phallus so perhaps it relates to finding that, if there is such an organ-isation

"A huge white fish lies in the ocean. Near the surface, as a whale does. It is a friendly fish. It swims toward us; I mean, toward Galina. There is a series of canals with locks. The great white fish makes its way into the canal system, with extreme difficulty. Finally it is caught, away from the ocean, near the people watching. It has done this on purpose. It wants to offer itself to the people as food. A metal saw is produced, one of those two-man band saws that lumberjacks use to cut down trees. Galina said that the teeth on the saw were dreadful. People began to saw slices of flesh from the great fish, who is still alive."