Gordon Brown was again today speaking in Davos at the World Economic Forum, and again it seems paving the way for a New World Order. From the BBC we read more, under the headline PM says "no clear map" for crisis:
Gordon Brown says there is no precedent for the "first financial crisis of the global age".
History offered "no clear map" of how to deal with it, the UK prime minister told an audience at the World Economic Forum in the Swiss resort of Davos. Mr Brown warned about the rising threat of protectionism and said that global co-operation was the only way forward.
"This is not like the 1930s. The world can come together," the prime minister said.
He told reporters: "This is the first financial crisis of the global age. And there is no clear map that has been set out from past experience to deal with it. 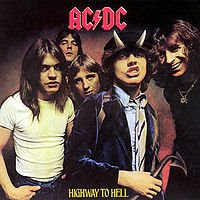 From an Irish "rebel" song:

We're on the one road, sharing the one load

We're on the road to God knows where

We're on the one road, it may be the wrong road
But we're together now who cares?
cheers
Posted by Newspaceman at 18:37