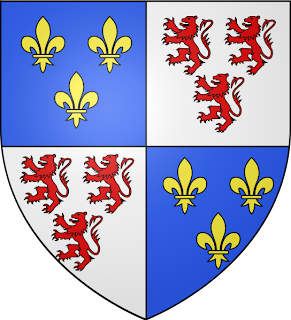 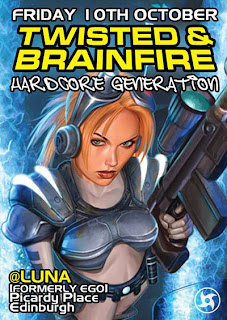 Ten ten till we do it again ?
Whilst the mummified head still tops the headlines up here, albeit minus the Baphomet angle, there have been several other perhaps synchronistically matched incidents pointing towards a Templar/Freemason connection with the 2009 Scottish year of Homecoming over the Hogmanay period, two which are well worth noting in the light of recent previous posts. 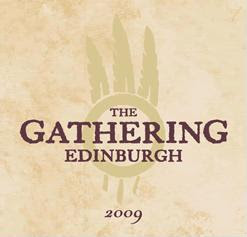 We start with a nightclub fire, one thankfully not on the same scale as that in Thailand. Just after the bells chimed in the New Year at midnight, indoor pyrotechnics set fire to plastic netting on the ceiling of the establishment, causing approximately 400 individuals to be evacuated, with three slightly injured. See Fireworks cause fire at nightclub

The venue, Luna (previously known as Ego) nightclub in Picardy Place, central Edinburgh. Now this is uncanny because I checked wikipedia for the source of the name Picardy, a literally war ravaged region of France, and details seem rather sketchy:

Whimsical enough is the origin of the name of Picards, and from thence of Picardie, which does not date earlier than AD 1200. It was an academical joke, an epithet first applied to the quarrelsome humour of those students, in the University of Paris, who came from the frontier of France and Flanders. (Chapter LVIII - Decline and Fall of the Roman Empire)


I then checked the Online Etymology Dictionary in hope of clarification, and it throws up three different references for this word, the first being (say what you see - Catchphrase) rebus, as indirectly noted in my last post.: 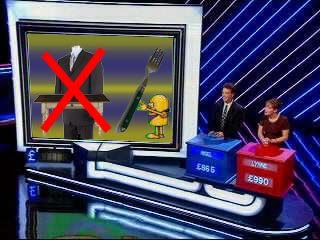 1605, from L. rebus "by means of objects," ablative plural of res "thing, object," perhaps principally from the phrase de rebus quæ geruntur "of things which are going on," in reference to the satirical pieces composed by Picardy clerks at carnivals, subtle satires of current events using pictures to suggest words, phrases or things. Or it may be from the representations being non verbis sed rebus "not by words, but by things."

The next being recruit:

Skipping the last, although it is worth linking to, and bearing in mind as previously stated, my previous post about the aforementioned mummified head and Ian Rankin, it must be noted that Rankin's fictional detective is named Rebus, and his assistant Gill Templar,. Furthermore, we did indeed see a waxing and fresh, crescent moon on the night of the 31st. Notwithstanding that, confirmation is verified via Luna - the Roman goddess of the moon - nightclub. From the same above source, for lunar:


Make of that what you will, it seems relatively clear to me - kraft by some unseen hand is my best bet - thus we move on to another happening, and another rare find it appears (it's like the antiques roadshow), the discovery of architectural drawings of the Palace of Holyrood House on a path at Roseburn, again in Edinburgh, by a lady out walking her dog. From the BBC, headline Security breach at Scots palace we glean more:

The drawings, with an accompanying letter, were found by the Daily Record newspaper's agony aunt, Joan Burnie, as she took her Jack Russell terrier Polly for a walk.

She told the paper: "Polly saw them underneath a bush on the path and came out with the plans in her mouth.

"I took them from her to see what they were and that's when I saw the letter. "I was shocked to see the plans were for Holyroodhouse." 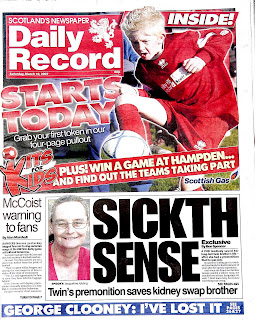 Mmm, bit dodgy maybe, an agony aunt with the initials JB (think freemason, think tracing board, think chequerboard, think pillars) and the surname Burnie (think fire, think year of Homecoming, think Robert Burns) happens to find plans for the Queen's official Scottish residence in Rose-burn. The dog's bollocks is my opinion, and again, like the discovery of the mummified head, it is worth stating that there are numerous old railway lines in the Roseburn area although most are now paths. Bearing in mind James Shelby Downard as noted in my previous post. Also, bushes don't grow on paths, if they did it would no longer be a path, it would be a bush. Until Moses appeared.. 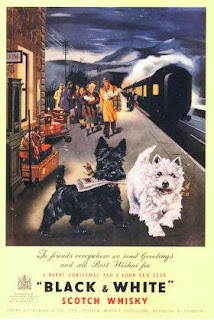 And of Polly, a dog of the breed originally bred by Parson Jack Russell for catching rats and thus beloved of Archibald Pelago :

To close, we stick with the freemasons and return to France by virtue of quoting Gods of Eden - Knights' New Dawn, where we read of the historic Scottish rooted global slave race expansion, otherwise known as Old McDonald's Farm. Note, you really need to read the whole chapter to fully understand, to see the light (apologies if you already do):

Scotland has long been an important center of Masonic activity. The earliest of the old Masonic guilds in Scotland had been founded at Kilwinning in 1120 A.D. By 1670, the Kilwinning Lodge was already practicing speculative Freemasonry (although, in name, it was still an operative lodge).

The Stuarts themselves joined Ramsey’s organization. James III adopted the Templar title “Chevalier St. George.” His son, Charles Edward, was initiated into the Order of Knights Templar on September 24, 1745, the same year in which he led a major Jacobite invasion of Scotland. Two years later, on April 15, 1747, Charles Edward established a masonic “Scottish Jacobite Chapter” in the French city of Arras.

The historic centre of the Artois region, its local speech is characterized as a Picard dialect.

Picard, as in Picardy, as in Luna once Ego, as in burning net.

As in the sound of synchronicity?

Posted by Newspaceman at 15:40

In this link you will find that Luna from another point of view, is really the Earth.

The arguement? How can the moon, recieve the the Sun's seed and me a matrix for life. It has no life upon. Now, Earth? Different story and IMO more likely to be Luna.

In alchemical books you will find the moon listed with Luna and other planets - to include our sun. Why? Why not Earth?

Then you will find in another paragraph, the lists of another "whatever" and the "ingredients of planetary aspects" will list Earth and the moon and not Luna. It's almost as if you are supposed to pick up on that? But , life is not on the moon as it is on Earth/Luna.

(It would also bring a whole new light to "Lu" cipher.

When giving a list of "objects" as make-up of certain personalities of this particular mixture, the books list "Luna" and the moon in one sentence as **different** objects.

Earth *does* receive the sun's seed.

If such be the case, then many interpretations will *have* to be re-thought-out. It would change ... things entirely.

Especially in the case of the variations of female energy. Which male and female both possess. (From what I have read)

Here is the title of a book with this very example in it:
"The Hermetic and alchemical writings of Aureolus Philippus Theophrastus Bombast, of Hohenheim, called Paracelsus the Great.
by Paracelsus; Arthur Edward Waite"

I would think it would as well, tend to change the ritual aspect of Lady Diana's Death a bit too yes? I read somewhere....that the female energy has a trinity of such. Diana being one aspect (really other words would fit here too). It seem there would be "black, something in between perhaps balance of feet in both of these worlds, and then white.

in my notepad i clearly see "mother nature" where it says in second paragraph..... "recieve the the Sun's seed and me a matrix for life"

i pasted, recieve the the Sun's seed and mother nature, a matrix for life

i find that strange! anyway maybe the matrix was whispering what the ME is from her perspective. ... *chuckle*

ive made some dumb typos but this was not a typo. kkkkkkkkkkkk.....

second time to post here - great site and thanks!

Couldn't help put get a wee Star Trekkie - STELLA Artois . Jean Luc Picard played by Patrick Stewart/
Apparently one must ANUL the Ego to get a job in heaven.
Also remember PICKLES , the B&W mongrel who found the Jules Rimet trophy in '66

Saw the film Ressurrection Man , which is shite really, but when the protagonist gave someone a kicking he liked to do it to MUD's 'Tiger Feet' - a Disco connexion

Hiya Sky, I need to have a good look at the link and will respond further shortly, in the interim, thanks for the info and taking the time to comment.

I have read it, to be honest it is a bit heavy for me and I don't understand all of it, although the content does interest me.

The link maybe took me to the wrong page, I could not see the relevance.

Sky, will re-read it in light of recent happenings.ber1