Out of the red 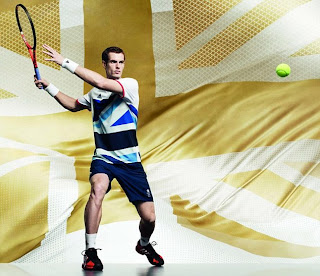 The official kit for the Olympics Team Great Britain was unveiled today, designed by Stella McCartney for Adidas, apparently the predominance of blue, and lack of red, "sparking outrage" according to the mail on line.

The image below is from the same source, one could thus perhaps be justified in thinking that overall, it indeed appears more "Scottish". That's notwithstanding the giant X which appears on the men's athletic team waistband, similar to Scotland's flag, the St. Andrew's Cross. 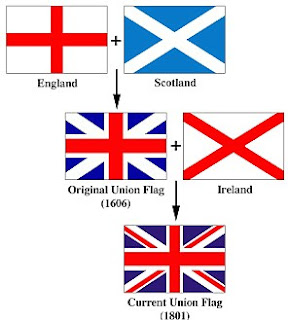 
Liddell , I think, was one of the characters in "Chariots Of Fire'.

The St.Andrews Cross is the first flag of the Union Flag, Their wee templar flag was laid over it.

Its a bit of a the first is the last with the Scots picking up the wooden spoon in the 6 nations.

The Welsh Dragons won in this year of the Dragon 2012.

Thanks Moon, I was going to add the Liddell story. Last year when it was first reported, the BBC reported that the victim described him as "looking like the devil".

Theres another story in today's papers about two mothers having a fight outside Dunblane primary - organised via facebook, one told the other to bring an AK47.

Good info on the Tsarion link to the right on the number 10, X, etc. etc.

Did you note that Perth ye olde capital of Scotland and nary a hop from Scone the old resting place of the stone of Scone AKA destiny was awarded thy coveted designation of city status and now no longer a town.

This humble town, the birthplace of me was chosen amongst seven citys.