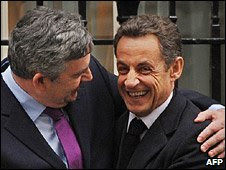 (The saga continues : the construction of the New World Order, Scotland's importance to that, freemasonry, Prince William, pyramids etc - and indeed the effigy of Alex Salmond, hanging at Wairds cemetry. See my last post.)

From my February post number crunch, written in "respect" of Donald Trump's Scottish golf course development, based at Menie:

It was on that date that Donald announced his choice of building contractor, an Irish company called SOL, as such is it any surprise that today, 12/3/2010 - 12321 in the same manner, ignoring the zeros - we again see movement on the Trump front, this time after the unveiling of his golfing masterplan to locals in the Udny Arms Hotel, Newburgh. Not that 12321 is divisible by 11, but rather both dates contain a "step up" angle, if you follow that way of thinking. (BBC - Angry scenes at Donald Trump masterplan exhibition).

Also, that means a 40 day period elapsed. From wikipedia re 40 (link at bottom):
"The planet Venus forms a pentagram in the night sky every eight years with it returning to its original point every 40 years with a 40 day regression (some scholars believe that this ancient information was the basis for 40 becoming sacred to Jews, Christians, and Muslims)."
In my post
jonah from the end of October, I noted how a "Noah's ark raintime length resonating 40 foot and 40 tonne sperm whale" was found dead on Balmedie beach, Menie , two days after "work had started" on Donald's development. (I realise that it may sound strange work had commenced before the contractors had been nominated, indeed before the plans finalised - perhaps planning etc. is a formality). Anyhow, in the same post I again highlighted the Pyramids of Scotland article - referencing a previous post A sandwich full of nonsense
. 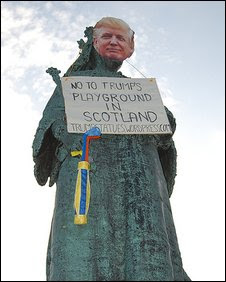 In this latter post, I drew the reader's attention to effigies of Trump which had been created via statues at various locations throughout Scotland, overnight, on the light/dark, day/night equalling equinox. (This being before the appointment of sun resonating SOL). I also attracted notice to the fact that the shrewd American tycoon had, the same week, rented land in Bedford, short-term, to Libyan leader Gaddafi, who planned to pitch a large tent whilst attending the UN headquarters close by to speak at the General Assembly. I connected these two events via the winter solstice timed Lockerbie bombing - Megrahi had just been released and protests were held outside the UN. There also was a "ley-line link" between Lockerbie and the "proposed" golfing development:

Hopefully you get the jist.

Moving on, this was not the only event on Friday which caught my attention. French President, Sarkozy, visited Britain, where he mobbed up with Gordon Brown to "attack the US for protectionism over an areospace deal". Apparantly, the "two leaders staged a show of unity"

But Mr Sarkozy said earlier the US was not treating its European allies in the "right way".

And this is where it gets interesting... As with my previous post and the astrological chart for Geller and Lamb Island, I noted the planetary line up for the Lockerbie bombing in my post Sign of the Goat. Quoting 33 degree mason, Manly P Hall, I drew the attention of the reader to the remarkable planetary position at the time of the outrage - a convergence of planets including Saturn stationed in Capricorn; Mars - planet of war - almost exactly above in the sky, at mid-heaven:

“Pan was a composite creature, the upper part–with the exception of his horns–being human, and the lower part in the form of a goat. (…)The pipes of Pan signify the natural harmony of the spheres, and the god himself is a symbol of Saturn because this planet is enthroned in Capricorn, whose emblem is a goat”

(What I did not know at the time was that Saturn's rings were at maximum tilt towards earth, a once in 15 year event.)

Then, again on the 12th, something incredible, BBC2 television were plugging their second instalment of the factual programme "Wonders of the Solar System". It is the turn of the planet Saturn and the rings this Sunday:

Many astronomers now believe the patterns encoded in the rings tell us something fundamental about the forces that formed the entire Solar System. 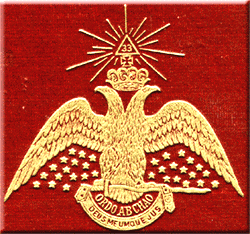 And that is part of the story we wanted to tell in the second episode of BBC2's Wonders of the Solar System - Order Out of Chaos. 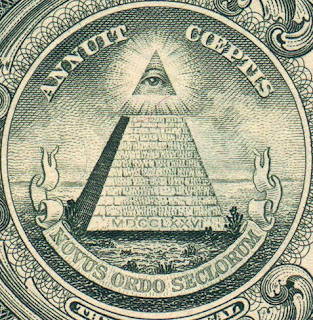 Posted by Newspaceman at 20:17

Via the Hebrew and Tarot

Crowley writes :
"It would perhaps be better to say that it represents the spiritual function of water in the economy of initiation, it is baptism which is also death'

'The 2 uprights of the gallows shewn in medieval packs were, in the parthenogenetic system of explaining and ruling Nature, the bottom of the Sea and the keel of the Ark. In this Aeon all birth was considered an emanation, without male intervention, of the Mother - or Star-Goddess, Nuit...'

'...the attitude of the figure is ritual posture in the Practice called "The Sleep of Shiloam"

That hanged man sort of resonates the head, as apart from the body.

Thus, note the trump face masks. Plus, on that subject, the image I used above was a William Wallace statue I think, he was hanged.

Uri Geller too was dowsing over the supposed head of John the Baptist whilst at Rosslyn.

on geller/lamb/saturn thread plus moons ... just saw film Gattica -- v apt for our moment -- in which protagonist genetically "stows away" to escape earth for titan, saturn's moon


in the film mentioned, Gattaca, the 8 appears as infinity signifying a "valid" being (genetically engineered/approved for space exploration and colonization)

concepcion was an 8.8 measurement

the 8 in your context of measurement, venus, and pentagrams
suggests the ancient moloch/ashtaroth system of human sacrifice -- lunar ie feminine cycles


"The Babylonian names for the months were themselves derived from older concepts. It is important to note that the concepts of the New Moon were perverted to the worship of the god Moloch among the entire Punic-speaking Thalassocracy or Sea Lords, and even from as early as the days of the Minoans.

"The Minotaur is the same being worshipped in the same way as the god Moloch or Malcom. It is the bull cult transferred to the crescent moon and involved human sacrifice (cf. Frazer The Golden Bough, Macmillan Press, 1976 print, iv, pp. 70-75).

"The system was regulated on an eight-year cycle determined from the moon cycles. The Olympiad was the smallest unit of the moon system. Kings could reign for only eight years. On the New Moon of the eighth year in the dark of the moon, the sky was searched for signs as to whether the reign should be continued. This occurred among the Greeks and particularly the Spartans (Frazer, ibid., pp. 58-59). These limitations were known anciently and limited the Dorian kingship among others (cf. ibid.). The lunar system was correctly known anciently. The eight-year limitation on kingship was an ancient institution (cf. the current USA system)."

McLaren's missus was done with wasting police time - I posted a link in a previous comment section.