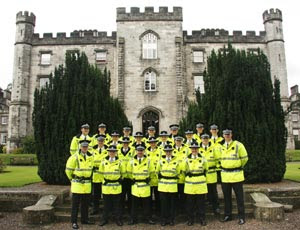 Three separate stories, all somewhat interconnected ...
A fair bit UFO media coverage was given last week over the release of previously classified files, collated and maintained by the UK State over previous years; what has now emerged is that from last 11/11, that's 09, no records will be kept of UFO reports to the authorities other than for a short 30 day period. What to make of that is beyond me, however we have touched upon eleven eleven a number of times here at newspaceman, most recently in regard to the rising "fallen angel", Prince William. (Daily Record)

Next up King of Pop, black turned white man, Michael Jackson. A statue of biblical St. Michael has been restored in the Robert Burns famed town of Dumfries, curiously posed in a manner which resembles one often adopted by the chimp doting, drug ravaged songster - a pose resonating the ongoing feminisation of men. Jackson of course almost androgynous, his hand mimicking a vaginal mound thrusting downwards as he exorcises his penis, all esoterically twinned by St. Michael, stamping his staff on the serpent. 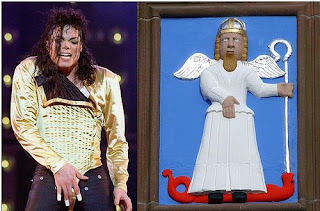 St Michael, we note from wikipedia, is described in the Dead Sea scroll, War of the Sons of Light Against the Sons of Darkness, as the "prince of light, leading forces of God against the darkness of evil". "He is described as the "viceroy of heaven", a title that is said to have formerly belonged to the Morning Star" .
(The Sun - St Michael does Jacko) (Da Black Whole)
Lastly, an unusual happening. A few months ago I wrote a wee bit about the English Defence League, an "up and coming" media sponsored, "right wing" organisation. It appears that a new Scottish fraternity has been established with a sparsley attended rally taking place in Edinburgh recently, but far more importantly another is planned for Lockerbie*, in "respect of" the victims of the 1988 atrocity and as some sort of protest against the early release of April Fools Day born Megrahi, the "convicted terrorist". 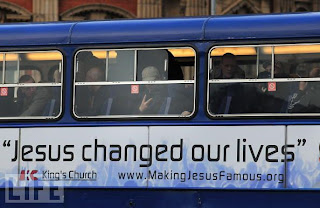 The date planned for the event is 27th March and what is sure is that a heavy police contingent will be at hand to prevent any violence with the anti-racism protestors who are sure to be out in force and indeed outnumber the "nazis", as they call them. Lockerbie is close to the English border and also a train station on the main West Coast line whilst buses are usually laid-on by the State to contain and transport "thugs". (Note image above) 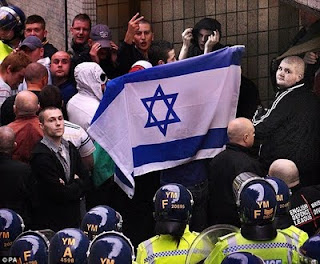 I only mention this latter event because two years ago, on the same date, we saw an "unprecedented" police raid in Finsbury Park, London, the total police team involved being 1122. At the time I noted it (Making an Arsenal out us ceremoniously) not just because of the numbers but because British PM, Gordon Brown, was meeting with French top-boy Nicolas Sarkozy very close by at the Arsenal football stadium to make an joint announcement about increasing aid to Africa. I surmised that the two events were perhaps connected in an occult manner, drawing on the date, 27/3, it's cubic relationship to 3, and unisex Prince William's Zionist Global Kingdom inspired, Luciferian Treaty of Lisbon. (Going back to our roots)

(Arsenal's main rivals, or opposites, are Tottenham Hotspur, often known as the yids given their "Jewish" roots) 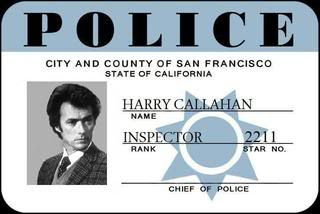 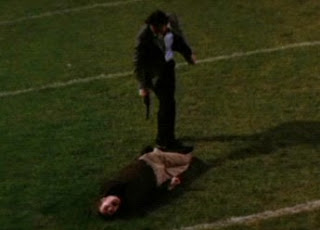 It will be interesting to see if the demonstration -to be held 6677 days after the bombing - and counter demonstration do take place as planned and if so, whether any other events are held in conjunction.
cheers
*We touched on the astrological side of Lockerbie in sign of the goat, where a convergence of planets in the sign of Lord of the Rings Saturn "ruled" Capricorn was noted. Some say that the Nike "tick" symbol is an indication of "occult" worship of Saturn, whether this is the case or not I do not know, however in that respect it is worthwhile noting Megrachi's attire on leaving Scottish prison. 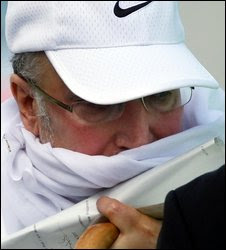 Posted by Newspaceman at 20:23

Newspacemean, Did you check out your comment section on your HELLO 1111 issue post? What do ya think?

When the headers sport the Star of david , things have really gone awry

hey mr spaceman! numberly enuf in the supermarket today (feb 4) i had two mini-erks, one of which was purchases totalling 11 dollars and 11 cents

they got so many UFO reports nowdays they can only keep them a month? lol

I did check them out Kal, much appreciated, more conformation I feel.

Aferrismoon, look at the hooded character to the back of the SoD, is he not like something from a Tolkein book ?

Still on the track of this 11/4 (UK) date, it ties in with James Shelby Downard and 4th November (US) (KK33). You might remember it is the date that William got his "wings" plus letters sent re the Dunblane incident citing "freemasonic" elements at large , William of Orange coronation etc etc.

Anyway, was thinking about Crowley and what he maybe really was and note that he wrote his Book of the Law on 8,9 & 10th April 1904 - after communicating in Egypt with Horus the Sun God - or an entity claiming to be such. Thing is that 1904 was a leap year so, in effect, the days have been pushed forward one, therefore 10th April is really the 11th in terms of solar position. Any thoughts ?

Not sure about UFO'S Ray, maybe Allan McGregor was hit by one, his missus has been charged with wasting police time in relation to the "alleged" assault on him. Whats a mini-erk ?

Crowlers was into the Babalon working and Babalon is numerically the same as Zion , the name for the 2012 'limpix.
Not sure of the details but his wife at the time was Rose Kelly, and she helped in the 'transmissions', from something called AIWAS.

The wee hoodie does seem a very gray-green colour. Again when have that crowd EVER sported someone else's flag - must be on to a good earner

From Chapter 3:
3. Now let it be understood that I am a God of War and of Vengeance, I shall deal hardly with them [ hardly?]

The logo for the Sochi 2014 Winter Olympics looks like it can be manipulated into Zion too, with the 'h' looking 4 doing duty for an 'n'.

Not sure about UFO'S Ray, maybe Allan McGregor was hit by one, his missus has been charged with wasting police time in relation to the "alleged" assault on him.

is this essentially a confirm of my guesstimation that he wasnt beaten by a rival gang, but by his wife?

elsewise why would wifey be charged with, ahem, time-wasting? (if she indeed did commit domestic violence, this tack would then be a way of 'resovling the matter' without admitting that she beat him plus attendant media interest -- v tiger woods-ish)

as all of us in The Gulag know, theres No Excuse For Domestic Violence, unless females do it ... or unless it's not politicaily useful to disclose it

means a small weirdness ... it's like you suddenly go ERK!

and yesterday when i got the 11:11 receipt was March 4 of course, not Feb 4 as i mis-stated

I have just posted my first article in almost a year. It is called: