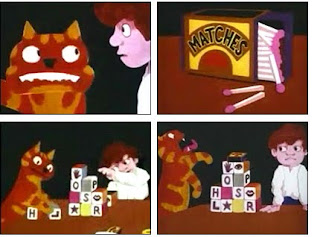 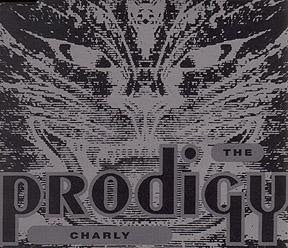 We keep moving in the same general direction - the reader will remember that just before I was sidetracked in my last post by Tolkein's ring, I was dealing with hunting in respect of both Uri Geller and the stolen Da Vinci: Madonna of the Yarnwinder.

Sticking with that latter "sporting" theme (whilst apologising profusely for neglecting to advise that the Duke of Buccleugh "owned" a very famous fox hunting team) we note it blends in exceptionally well with a stramash which occurred over the last week here in Bonnie Scotland. Glasgow City Council boss and "rising star", Steven Purcell, resigned from his post after revelations about his use of cocaine, shortly afterwards his teenage prodigy, Danus McKinlay, collapsed and died in the street. The whole affair has become rather sordid, with links to the inevitable "gangsters" and indeed nightclub, including the famed Karbon, owners. (See Aangirfan Steven Purcell; The Mafia/PURCELL, Stefan King, James Mortimer, Brian Dempsey, Willie Haughey)

Brushing aside the obvious connections to footballers and suchlike via the nightclubs, we are left with cocaine, known nowadays by a variety of colloquial nicknames: goodness, ching, marching powder and of course the UK ubiquitous charlie. Now, in the olden days (although not that long ago) Charlie was a nickname given to the fox, probably the most infamous of the hunted species.

So that's Charlie Fox, possibly. Bear in mind here that my intention is, as always, to marry this theme to the ongoing agenda to establish a global community (new world order) with resultant King and bogus Messiah (Prince William).

Thus, back in 1986, rising star River Phoenix played the part of Charlie Fox in the film The mosquito coast: "a 1982 novel by Paul Theroux and a 1986 film based on the book. Harrison Ford, Helen Mirren, Andre Gregory, and River Phoenix star in the film directed by Peter Weir"

Whilst I don't really do movies, Harrison Ford resonates the Holy Grail, via the Raiders series whilst Helen Mirren is of course the Queen. I looked up Gregory on wiki and, other than the above and playing himself, it appears his main claim to fame was the role John the Baptist in The Last Temptation of Christ. (see comments previous post)

River Phoenix I don't know much about, he died from drugs outside a club called the Viper Rooms - the phoenix a mythological bird which rises (reincarnates) every 500 or 1000 years via the vehicle of intense flame, or fire. Maybe worth a note is that the movie Mosquito Coast was also the last for actress Butterfly McQueen. (See Pseudo-Occult- Media RIP -Lee Alexander McQueen for more on another McQueen, monarch butterflies, MK ultra etc.)

Whilst we don't have mosquito's here, but rather another type of nasty vampire-like bloodsucking insect - the midge - which abound in the autumn months of September and October, coinciding with the visit of The Pope to Scotland, squarely on 16/9. We touched on this event in Come Dine with Me when I cheekily pointed out that his visit - and previous visit - coincided with the musings of Fritz Springmeier and his alleged satanic Feast of the Beast:

In simple terms, the Feast of the Beast is a yearlong event that occurs every 28 years and is attended by Illuminati leadership from around the world. It is a very high level ceremony, and would not be recognized at the anarchy ritual level of the Illuminati.

Pope Benedict XVI will visit Scotland in September as part of a four-day UK tour at the invitation of the Queen, Buckingham Palace has confirmed.

The head of the Roman Catholic Church will be received by the Queen, Supreme Governor of the Church of England, at Edinburgh's Palace of Holyroodhouse

Summing up, we began with "rising star" Purcell - now pharmakosed, exiled in shame who knows where. His apprentice, and thus another rising star, Danus, collapsed in the street days later, leading to speculation - condemned by some - that he too nuzzled the nose-gear. (No one yet has mentioned that perhaps he knew too much and was supplied with uncut cocaine - the general street product in Scotland about 10-12% purity). Nightclubs, including Karbon, featured prominently here at newspaceman earlier this year (e.g. gang -stars) and this together with the hunting line already established, took us to River Phoenix, his appearance as Charlie Fox, and subsequent drugs related death outside a nightclub.

Another recent drugs related death was that of Lost Boys star, Corey Haim. This synchronises with Prince William if we recall his first role as President - The Orange Baftas - where the winner of "Orange rising star" was Kirsten Stewart for her vampire related role. (Old habits die hard)

Notwithstanding the rather tenuous link between the Pope and Charlie Fox (midges/mosquitoes/blood suckers/Illuminati feasts/1982) there is another, more direct route which includes the "orange" theme. Bear in mind the significance of the number 3 in both occult and religious circles whilst chewing over the fact that exactly 309 years to the day before the Pope's visit, James Francis Edward Stuart, sometimes called the "Old Pretender", became the Jacobite claimant to the thrones of England and Scotland. The reader may be better acquainted with his son, Bonnie Prince Charlie and the Jacobite rising of 1745.

That "uprising" consisted of a few battles, including Culloden, against "Butcher" Cumberland under the guise of the Stuart/Jacobite/Catholic cause, although the Bonnie Prince seemed to spend the majority of his time being pursued by "English" redcoats - again resonating the fox hunting theme. (A box without hinges, key or lid and squaring the circle)

We close by reference to the government information service of the 1970's, cleverly sampled by The Prodigy, where they used an un-named boy and his fish loving cat as tools to educate us children on "safe behaviour". Here we see the cat with only the fish bones remaining, surely, along with the recently noted skeleton/bone pattern, resonating the end of the astrological age of Pisces alongside the commencement of Aquarius and a fresh, but dubious, Messiah.

Aeolus Kephas on Heath Ledger.
Posted by Newspaceman at 06:02

Email ThisBlogThis!Share to TwitterShare to FacebookShare to Pinterest
Labels: T

Kal, taking your comments in order:

1 - what evening news headline; no idea about spam,

3 - You have now deleted

4 - I take it this is the headline you refer to above ?

5 - Charly cat and his owner are protegies - they can talk to each other.

Note the eye on the top pic bric pyramid.

"alongside the commencement of Aquarius and a fresh, but dubious, Messiah. "

That too was another point.

Kal, I have had another look at your blog - you have moved from Afghanistan ?

The comment you refer to looks like a lot of shite to me, maybe someone is having a dig about numbers, roulette, casino - is there not a 666 thing with that ?

Of course Jesus has a 'fish' symbol.

Ray - No idea re Tommy, down the sink-hole cult maybe. Don't get me started on it.

all these full time synchro miss tics chattering away, webcamming each other and whatnot, got three words for ya eight point eight, stick that up your portals


ps, you were right about McGregor and his missus, she has been charged with wasting police time. Dont get me started on that either !


but why not? it qualifies as a major scoop on the Medea, and an exposure of its biases and incompetence.... accomplished by ONE blogger and blog (yours)

NOBODY else on the entire bloody planet had this right, i say rub their filthy faces in it

.....so the McGregor Msdirection indeed DOES twin the Tiger Woods Takedown -- both the "men" were/are so intimidated and emasculated, they couldnt even speak the truth . . . dared not speak it

p.s. "kal dani" does a good job clogging yr comment section and diverting investigation into threads that actually might matter

ok cheers and sorry to have Got You Started <-- not really

With respect Kal , I fail to see why you address me in your latest comment. A quick look at my comment will confirm that it in no way was directed towards you or what you have written.
Perhaps you are looking for a reaction.