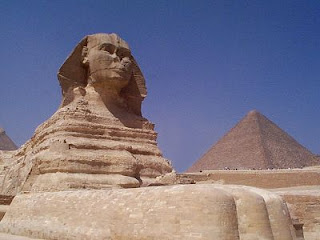 Just to surmise recent events, firstly Amy Williams wins a gold at the Winter Olympics in the skeleton event - on a sled named Arthur, followed by the "King of Scotland" effigy and skeleton at J.K. Rowling's Potter sounding Wairds cemetery in ley-line important Melrose, seemingly a protest at the proposed building of a crematorium. That was followed closely by the eleven-eleven UFO caper, the "Saint Michael/Michael Jackson" statue in masonic-icon Robert Burns' Dumfries and the planned Lockerbie bombing "demonstration" by the Scottish Defence League.

Step up 11 11 obsessed Uri Geller and his visit last Saturday to "his" Lamb Island to hunt for the buried treasure of Egyptian princess Scota. We read more of Uri's fascinating numerical correlations which transpired during his visit, from his website:
As you will know if you frequent my website, I believe there is something about the number 11, and particularly 11:11. Who knows what it is & what it symbolizes, but I strongly believe it is a positive sign.

On the way to the island, I experienced a bombardment of 11:11 experiences....

We arrived to Edinburgh on platform 11, and the temperature was 11 degrees....

On the way, I photographed Durham Cathedral, which I was then informed was built in the 11th century....

I was informed that Orions belt stars were fully risen to the east horizen while we were on the island, at 1:11pm....

Even those reading this of a skeptical disposition, you have to admit this is pretty strange!

Anyhow, without trying to ridicule his statements, surely he would have known what time the train was due in: 11:08; most London-Edinburgh trains leave/arrive platform eleven (there is maybe a lot more in that, thinking James Shelby Downard). Perhaps it was indeed 11 degrees in temperature, however the Durham Cathedral incident is laughable, especially for a man interested in synchronicity - described as "meaningful coincidence" by Carl Jung.

That leaves the statement regarding the belt stars of Orion rising to the east horizon at 1.11pm. 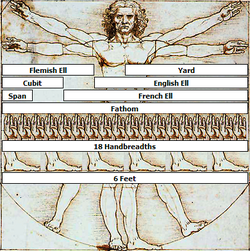 Orion is often referred to as the hunter, whilst the three stars Alnitak, Alnilam and Mintaka carry a variety of cultural nicknames: The 3 Kings, 3 Mary's, Jacob's Rod and the L or Ell, the latter assumed to be an average person's arm length in Scotland.

What Uri has not stated is that at exactly his chosen moment in time, another astrological event was happening, the sign of Leo coming over the horizon. In a birth chart this would be known as the ascendant and given appropriate significance by an astrologer given it's high "status" in terms of "influence". You can see it to the middle left of the 3 charts above, marked AC - note too the abundance of planets around Pisces.

There are a couple of other charts, one above, a few minutes before, and one below, a few minutes after, 1.11, note that the beginning of the sign Leo, or the Lion, is just before and just after the "middle line" thus we can ascertain the accuracy of the "syncronicity" of Uri's statement - the sign of the Lion, astrologically speaking, was rising over the horizon.

You may have noticed a small circle with an upwards pointing arrow, on the border (0 degrees) of Leo. This is the planet Mars , planet of war, which is currently travelling backwards in the heavens, or appears to do so when viewed from the Earth, a term known as retrograde. Due to the "reverse" motion, Mars will spend an unusually long time period in Leo, but that is really a story for someone more knowledgeable - whilst there is more to go with this particular trail.

Before leaving Scotland on the SunDay, Uri took in Da Vinci code starred Rosslyn chapel, swinging his pendulum and suchlike over the purported decapitated head of John the Baptist. Knitting in well with the "bones" theme (as explained in first paragraph) in the introduction is that on 1st March it was reported that "human remains" had been found at the Knight's Templar haunt. From the report, (all links at end of post) :

One of the groups carrying out the conservation is Hunter Clark, whose headquarters are in Glasgow’s Gallowgate. The company declined to comment about the discovery.
Note this is the only company named.

Sticking with Da Vinci and Scotland, another story has been heavily reported over the last ten days or so, the trial of five men who are accused of attempting to extort millions of pounds for the return of The Madonna of the Yarnwinder, a painting stolen from the Duke of Buccleuch's (Walter Francis John Montagu Douglas Scott, 9th Duke of Buccleuch and 11th Duke of Queensberry) Dumfriesshire Estate in 2003 and "recovered" just a month after his passing away . The characters involved are all lawyers I believe, with the exception of a Robert Graham, a "lovable" Liverpudlian publican nicknamed The Silver Fox.

They depict the Virgin Mary with the Christ child, who looks longingly at a yarnwinder which the Virgin could use to measure off yarn. The yarnwinder serves as a symbol both of Mary's domesticity and the Cross on which Christ was crucified, and may also suggest the Fates, understood in classical mythology as spinners.

The significance of the yarnwinder as a motive is that it suggests the classic Three Fates, the sisters Clotho, Lachesis, and Atropos, who were believed to exercise very serious power over human life from birth to death. They were conceived of as being occupied in spinning a thread of gold, silver or wool, which represented a man's life. Clotho, the youngest, put the thread around the spindle, lachesis spun it, and Atropos, the eldest, cut it off when a man had to die. 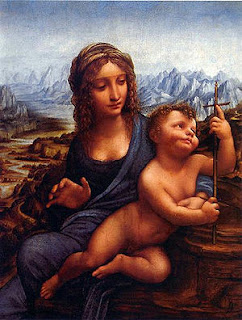 Summing up then, it seems evident that Mr. Geller was winking towards the rising lion given the precision of his timing. It could be argued, given the other nonsense stated in his 11-11 thing, that he just picked the time to suit his agenda, however a more logical choice in that event would be 2.11, surely. We are perhaps helped in our quest for truth through the vehicle of his beloved "syncronicity":

Firstly the bone events, all reinforced by the Rosslyn discovery. Then a new line: Uri's on a hunt for treasure and he indicates Orion - the hunter in Greek mythology. Contributing further are the Rosslyn architects, Hunter Clark, and, via Da Vinci and his stolen painting, the fox. Running silver resonates mercury, or quicksilver - Mercury also the planet of communication. Death and resurrection appear prominent too.

Anyone who keeps up with this blog will know of my ongoing preoccupation with Prince William as King of the forthcoming "new world order"or Zion. His mother, buried on an island, was constantly "hunted" by the media; indeed her brother at her funeral speech "drew an analogy between the ancient goddess of hunting, also named Diana, and his sister - "the most hunted person of the modern age". 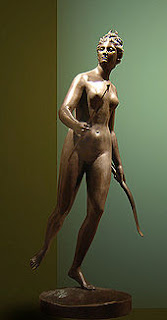 Thus, we perhaps unwind Uri's buried treasure yarn in his visit to Lamb - in reality an expedition to pay homage to the rising and rebirthing lion - the A.C.
That just leaves the Mars angle to worry about.

Hiya Kal, as noted I have little knowledge of astrology, I know the basic system and how it operates but that is about it.

I believe though that by 1.11 Uri would be correct in his "orion has risen" statement but am interested as to whether he knew about the Leo/Mars rising, or whether it was a by-product of him ensuring that the stars of Orion had risen, simply by giving the time of the next astrological sign coming over the horizon (into the light).

I suspect the former as hopefully indicated.

It will be an interesting case what with all the lawyers

Hiya Kal, I sussed the pyramid date already, but thanks - it ties in well with Brown and Sarkozy meeting yesterday as well as Donald Trump and his gold course proposal.

Am compiling a post regarding it, will sort it soon hopefully.

Kal, your blog is now "private", members only ?


"The word is SHD 5799 ‘aza’zel which is made up of two Hebrew words, the first is SHD 235 ‘azal meaning to go away or disappear. It means to fail, gad about or go to and fro. However, in Ezekiel 27:19 the word is rendered by many as from Uzal and by others as yarn"

Useful information. Lucky me I discovered your web site unintentionally, and I am surprised why this twist
of fate did not happened in advance! I bookmarked it.

It's awesome to visit this site and reading the views of all colleagues about this paragraph, while I am also zealous of getting knowledge.

Here is my site :: Designskala.com

Excellent way of explaining, and good piece of writing to obtain information concerning my presentation subject, which i am
going to present in school.

Do you mind if I quote a couple of your articles as long as I provide credit and sources back
to your blog? My blog site is in the exact same niche as
yours and my visitors would truly benefit from some of the information
you provide here. Please let me know if this okay with you.
Many thanks!

Here is my web-site: naturalanxietyremediestips.com

I loved as much as you'll receive carried out right here. The sketch is attractive, your authored subject matter stylish. nonetheless, you command get bought an nervousness over that you wish be delivering the following. unwell unquestionably come more formerly again since exactly the same nearly very often inside case you shield this hike.

Here is my webpage Eleven2 Ratings