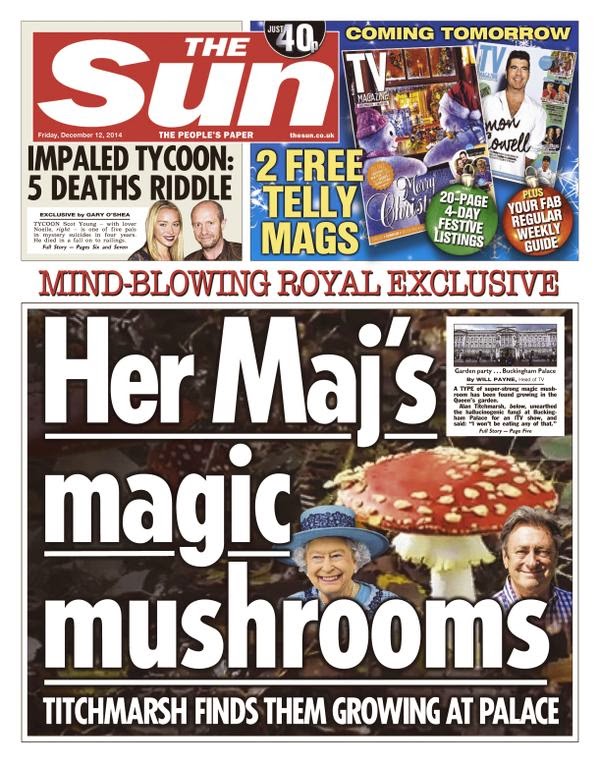 I like patterns, whether coincidental or not. One could say that yesterday's date, 12/12, is in itself a pattern, certainly they are digits often referred to here.

Yesterday's front page of the tabloid Sun newspaper is imaged above. One hardly imagines that the fact there are "magic mushrooms", the fly agaric toadstool to be specific, in the Queen's garden merits such an appearance - maybe it was a slow news day ? It needs to be noted that this mushroom carries connotations with Christmas, apparently reindeer love them and at one time it was apparently commonplace for the urine of the mammal, or perhaps a human "shaman", to be consumed to provide an otherworld trip. (The Telegraph)

Often, creatures such as goblins, elves  and pixies are imaged with the red and white fungi. 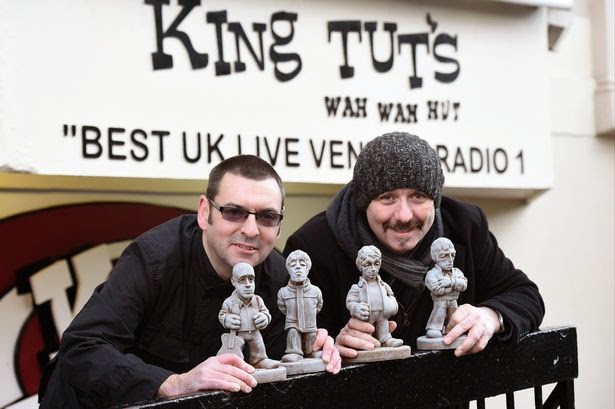 Up in Scotland yesterday we saw some gnomes. No ordinary gnomes, these ones are based on the now defunct group, Oasis. They were unveiled at Glasgow's King Tuts by their creators. (Gnoasis)

I've touched on Oasis before, most memorably when Liam visited Jingling Geordies public house in Edinburgh and declared the city to be "f***ing Biblical, words can't explain it". I wrote about it last year - Magical Scotland - when I incorporated Harry Potter, Aleister Crowley,  Donald Trump, Greyfriars Bobby into the magick energy equation. Liam's new band is called Beady Eye, the image below is fairly revealing, symbolically. 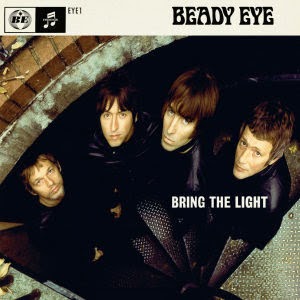 In the very early hours of this morning the BBC reported on how Andrew Carnegie's "lost cabin"  has been discovered. It sits in woodland near Spinningdale beside Fairy Glen. From my post Half Way There :

Someone I know little of is Andrew Carnegie, a Scottish-American industrialist. The main thrust of my understanding comes from a 1970 book titled The Union Jack , with a subtitle of : The Hidden Hand behind the Kingdom of God deception.
"The mongrel banner shown on the front cover originated in the mind of a demented tyrant who acquired his mammoth fortune in America  - one Andrew Carnegie. This half Union Jack and half Stars and Stripes mean more than a freak flag waving in the breeze. It represents a Satanic conspiracy to control the world."..


Carnegie loved libraries - although one doubts they carry the aforementioned text - he financed around 2,500 in Britain and Ireland. Apparently, all carry the motto "let there be light" over the entrance. Some contest that light oft refers to Lucifer, the "gnostic" light-bringer
Note too on the subject of Spinningdale, that back in 2008, a trawler with the same name crashed onto the rocks of St. Kilda. There was some media coverage concerning a rat problem. I did a bit "digging" back then, and discovered that Spinningdale was littered with stone burial cairns (pyramids) dating back some 5000 years. Futhermore, it was home of actor James Robertson Justice and his collection of hawks. Apparently the latter led to him forming a friendship with Princes Philip and Charles, who regularly visited. (Rateral Thinking)

Yesterday saw deep ramifications in the football club Glasgow Rangers, the ones loyal to King William of Orange and the ones who descended into administration under court reference P221/12 (A micrososm).  Their manager, Ally McCoist, had allegedly resigned. All eyes were on the club and their game last night against Queen of the South,  where, unusually, the Gers were playing in a red strip, QoS in blue.  Today, it is reported that McCoist - a "little people" resonator if ever I saw one - never in fact resigned. Nevertheless, the energies were stirred.

Posted by Newspaceman at 15:31

While I enjoyed the column ... as usual. I would comment on the Fly Agaric. When I lived in mid-wales, 40 years ago. The hedgerows would come alive with these red caps. Starting in late September, until killed off by frosts in early November. So, having never lived or even really visited Scotland. I find it hard to believe that the shrooms would poke up their heads so late in the year? I tried them a couple of times, dried. I would gather them up dry them and pass them along to a friend in Brecon Beacons.

The other shrooms that were plentiful, were psilocybin ones. That started in late August and died off again in late October. Those were wonderful. Again I would share with that friend in the Beacon country. These little shrooms also grow around lower mainland of British Columbia. Now older, I have little interest in driving 600 miles to try them out.

Getting back to your article. The Fly Agaric is fairly common, Especially in hedgerows that are undisturbed. Ungulates such as sheep, aid in spreading the spoor. One should avoid the "Death's Cap" mushroom, which is close relative. It can be mistaken, especially when just poking through.

Hiya hirundine, my understanding is that they were not found @ Buckingham Palace yesterday, rather the "story" was held until then.

I have tried the others you speak of, got a night in the cells and an £80 fine if my memory serves me correctly. Breach of the Peace was the charge.

cheers, good to hear from you.

On 21 December 2000 the pop star Madonna had her son Rocco christened in Dornoch Cathedral, the day before her wedding to Guy Ritchie in nearby Skibo Castle.

Spinningdale is 8 miles from Dornoch

Many thanks for the info.