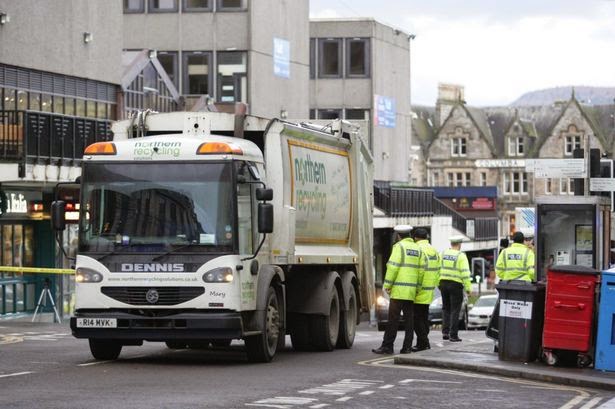 This time it's in Inverness, just outside the "Highland capital's main council's townhouse".

If one studies the image up top, one will note the sign "Columba" in the background, possibly referring to the Columba Hotel and Saint Columba, a "bringer" of "Christianity" to Scotland, and the man who first encountered the Loch Ness Monster, on the river rather than the loch, in a palindromic double 11, 565 AD.

We have noted before Aleister Crowley and his belief that Boleskine House on the shores of "monster ridden", Loch Ness, was some type of "energy" magnet for the Aeon of Horus, hence his acquisition, magickal experiments, and subsequent reincarnation of the alleged beast in 1933.

I wrote previously - Otter than July - on how TV animal-man, Terry Nutkins', daughter, Jennifer MacMillan, had cheated death after her vehicle plunged down an embankment at Loch Ness very close to Boleskine. Terry was mentored by Gavin Maxwell, a chap who was successfully cursed by Kathleen Raine OBE, a lady who, it would appear, was intimate with the works of Crowley. 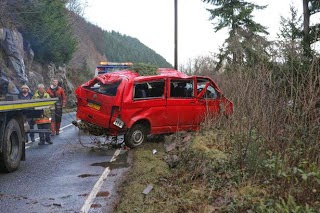 Note that nurse, Pauline Cafferkey, is receiving an "experimental" drug for her Ebola, another pioneer - BBC News (see previous post).
Posted by Newspaceman at 15:35