Sly; and the family stone 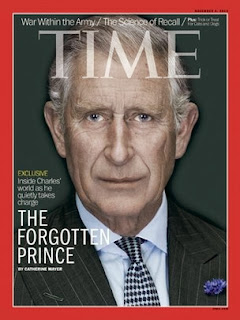 Last week saw Prince Charles address the National Association of Pension Funds, warning of a "miserable future" for future generations. The NAPF said it was pleased he was "shining a light on these issues". BBC

Today, one reads that Prince Charles is apparently loath to be King, according to Time magazine, as he sees it as a form of imprisonment. However, the claim has since been denied by Clarence House. Nevertheless, it appears that Charles is more than happy to continue in his current, philanthropic, role; assisting charities, warning about environmental issues and suchlike. Time magazine also suggests that the monarchy could skip a generation in favour of William". mail on line

In my last post I noted light, and it's alleged relationship with Lucifer, not forgetting Alex Salmond, the SNP conference, and philanthropy. After I had posted, I noted what could be a subliminal invocation by Salmond to Isis, a top Egyptian goddess, worshipped as the ideal mother and wife as well as the patroness of nature and magic. The images of Salmond are below. Note that Isis was instrumental in the resurrection of her brother and lover, Osiris, after he was murdered by their other brother, Set. 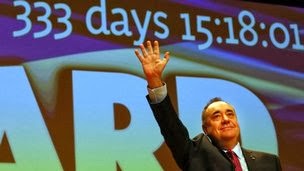 On Wednesday, it was advised that the petrochemical plant in Grangemouth, Forth Valley, Scotland, was to close for good because of anticipated strike action by employees coordinated by their union, Unison. Some staff were in tears. However, today it is reported that the giant plant is to stay open after the union dropped all demands. Alex Salmond appears to have been somewhat pivotal in this alleged change of heart whilst noting the plant now has a "bright future". To all intents and purposes, it has died and reborn over 3 days. Bear in mind though, that post-rebirth, the staff will have few rights and far less favourable working conditions and wages. Nevertheless, this is being seen as a victory in some quarters. BBC
Also on Wednesday, we saw the christening of Royal baby George. 22 guests were invited and 22 coins are to be struck by the Royal Mint in commemoration of the event.

22 and 11 11 are digits which pop up with alarming regularity here. Someone I have neglected to post about for a while is Uri Geller, who is infatuated with the number sequence. Uri purchased Lamb Island in the Firth of Forth - not that far from the Grangemouth plant - some years ago, allegedly as he believes that a returning Egyptian princess named Scota, buried her treasure there many many moons ago. Whilst there are conflicting legends regarding Scota,  "they all agree that Scota was the eponymous founder of the Scots and that she also gave her name to Scotland."

Some have claimed that Scota brought with her the Stone of Destiny, Jacob's pillow stone.

It currently resides in Edinburgh Castle and ritually has been used to crown all United Kingdom monarchs. This ritual will no doubt continue, even if Scotland gets "independence".

One wonders if, as I alluded to in my last post, that both black and white magic are at play here. 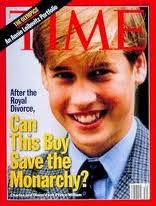 Note that the whole Grangemouth saga can be rooted back to base to an ex Member of Parliament called Eric Joyce, who is a member of the "wolf in sheep's clothing" Fabian Society. I wrote about it here in July.

Posted by Newspaceman at 13:48

It's a tough job? Charlie boy, but someone has to do it! Or do they? All that pressure of the hangers-on, a society that is dependant on them as a means of livelihood?

Tut, what a shame .... the walrus said. To speak of many things, of shoes and ships and sealing wax. Cabbages and Kings.