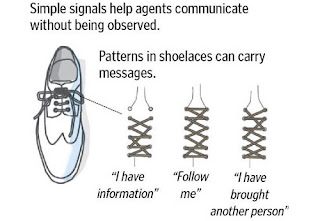 James Bond was popular here last year (Chicken Licken), mainly in connection with the London Olympic drop-in by HM Queen, and his relationship with Glencoe - Jimmy Savile, the massacre, William of Orange etc.

The real-life intelligence agents of the CIA tried to copy the gadgets used in James Bond movies, research from the University of Warwick suggests.

Prof Christopher Moran, an expert in US national security, has been studying the friendship between the director of the CIA and Bond author Ian Fleming.

He says CIA boss Allen Dulles was fascinated with the fictional spy.
Prof Moran says he has found a "surprising two-way influence between the CIA and the James Bond novels"....

Meanwhile, also from the BBC today we read that the body of actor, Paul Bhattacharjee, who played a role in Casino Royale, has been found. He was last seen leaving the Royal Court Theatre in London, in "good spirits" on 10th July. His body was found on 12th July - King Billy's (William of Orange) day, but not reported until now.
Meanwhile, Jimmy Savile rears his ugly head again, apparently Wizard of Oz resonator, Margaret Thatcher (Ding Dong the Witch is Dead), lobbied for years aginst powerful "mandarins" to get him a knighthood. (BBC) 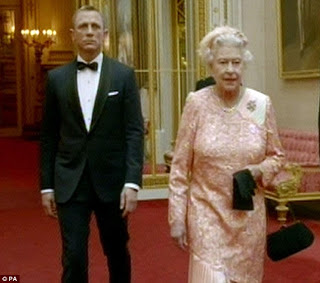 cheers
Posted by Newspaceman at 13:03

Hiya hirundine, thanks, I will be struggling to find time to watch it, but got the jist from wiki.

I have also added image of him in Guantanamo orange jump suit - it seemed fitting.

Musing over a SAVILE anagram - ELIVAS, as a corruption of ELIPHAS. there's evena LEVI in there too

So will the first offspring of the royal Masonic sun god arrive on 22nd July 2013 when the sun enters Leo, the royal sign and the day of the full moon. Plus it’s the 22nd a Masonic number thrown in for good measure. How can they not resist?

Hiya Moon, evil as, seems to fit the bill too.

Meant to say too, that 22nd July is the annniversary of the Battle of Falkirk, when William Wallace (Braveheart), got beaten - and handed over charge to Robert the Bruce.

Mythomorph, in sidebar, has good info on the Bruce and Bannockburn.

The place Falkirk has been in the news recently, re the government and the unions, plus their MP, Eric Joyce.

Note too that the Glasgow Rangers teambus was torched at the weekend, whilst two towers in Crown Street, Glasgow, were demolished today, 21//7.

Have got a lot to post, but will need to catch up next week. Really struggling for time.