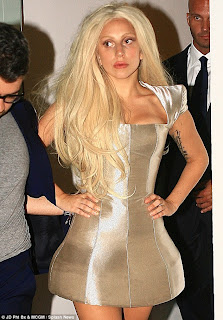 Lady Gaga is always a favourite here, yesterday it was announced that her new album, ARTPOP, a "reverse Warholian expedition", is to be released on 11/11 - apparently some sort of "Big Bang" (mail on line) . The subliminal side of the digits 11 11, I covered in the post Binary Finary, whilst the occult side of Warhol's Campbell's can images was briefly noted in the post Stir Crazy. My most memorable aspects of Gaga were her Orange Colored Sky dedication to Prince William and Kate (here) and her ram's headed Lady Diana tribute  (here).

As noted in my previous post, yesterday was Orangeman's (King Billy) Day, marked with ubiquitous bonfires, marching bands and rioting in Ireland.  One wonders if there was perhaps any symbolic connection to the unexplained fire on the parked Boeing 787 Dreamliner at Heathrow yesterday, given the name of the Ethiopian airline plane is the Queen of Sheba. (BBC news)

From wiki re Queen of Sheba :

According to the Hebrew Bible, the unnamed queen of the land of Sheba heard of the great wisdom of King Solomon of Israel and journeyed there with gifts of spices, gold, precious stones and beautiful wood and to test him with questions..

Christian interpretations of the scriptures mentioning the Queen of Sheba in the Hebrew Bible, typically have emphasized both the historical and metaphorical values in the story. The account of the Queen of Sheba is thereby interpreted by Christians as being both a metaphor and an analogy: the Queen's visit to Solomon has been compared to the metaphorical marriage of the Church to Christ where Solomon is the anointed one or the messiah and Sheba represents a Gentile population submitting to the messiah..

From wiki re Freemasonry :

Freemasonry uses the metaphors of operative stonemasons' tools and implements, against the allegorical backdrop of the building of King Solomon's Temple, to convey what has been described by both Masons and critics as "a system of morality veiled in allegory and illustrated by symbols 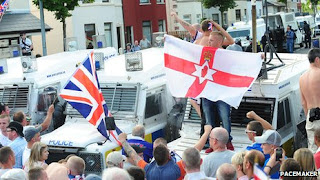 cheers
Posted by Newspaceman at 11:01

This name Sheba is identical to the words Sheba (sheba (2318), meaning seven and Sheba (shaba), meaning to swear (an oath). It is this shaba which is featured in the names Related names are Ashbea, Bathsheba, Beersheba, Elisheba, Elizabeth, Jehosheba, and possibly Barsabbas. For a look at the differences between the meanings of seven and oath, see the related name Elizabeth.

The Greek name Elizabeth, or rather, the Hebrew name Elisheba, consists of two parts. The first part is el (El), the common abbreviation of Elohim, the genus God.

The second part is identical to the name Sheba II, and comes from either shaba (sheba), meaning seven, or shaba (shaba), meaning oath, swear, adjure.

Many thanks for the info.

It was immediately significant, as soon as I saw the name on that plane! ;-) Will we be seeing a new Queen of a different sort very soon, out of St Mary's in London do you think?

P.S. Regarding royal births, I keep saying it, but we are convinced that she just was NOT really pregnant. I think I'm the only one that's said this. It's complete, what's the word, conjecture, but still. ;-)