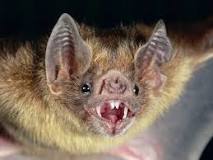 I noted HM Queen's annual early July pilgrimage to Scotland in my post, Royal Rituals, highlighting the Orange parade in Edinburgh's Royal Mile, and the subsequent disorder. It was the same weekend as Glastonbury - the giant festival held on the dairy farm - where we saw the Stones play Sympathy for the Devil as a giant phoenix rose from the pyramid. (Satan's Slaves)

Often in this blog I mention Scotland's, alleged Christian, patron saint Andrew, and his X shape. We saw it just recently when Alex Salmond whipped his out at Wimbledon in an ecstatic frenzy at Andy Murray's victory (where Andy "nearly forgot" his mum). Wimbledon began on the 24th of June and ended on 7/7.(Destiny's Child) & (Parallel lines)

Scotland's St. Andrews was where Kate and Wills met and kindled their relationship. When the Queen, unprecedently met the Pope at Holyrood, the Pontiff went for lunch, and prayers over St. Andrew's bones, with now-disgraced Cardinal O' Brien.

Bats, the furry flying creatures, "in European cultures" have a reputation for  "witchcraft, black magic and darkness", indeed Macbeth's witches incorporated them in their brew.

Today we read from the BBC of how 12 bats were found dead at the foot of a tree in St. Andrews, after, according to a post mortem, suffering "significant trauma". It is thought they were killed on Friday 28th June, or thereabouts. The specific location was the Eden Estuary. Unfortunately, no information is provided as to the species of tree, which may be important.

Two months and two days, or 63 days prior to the bat carnage and the day after a full moon,  Prince William, Kate and Harry visited the Warner Bros studio, where they played about with Harry Potter wands, whilst Wills announced he was over the moon to see the real Batmobile. I covered it in the post, It's a kind of magic, highlighting Hathor, the Egyptian goddess who "personified the the principles of joy, feminine love, and motherhood.....

... Hathor's identity as a cow, perhaps depicted as such on the Narmer Palette, meant that she became identified with another ancient cow-goddess of fertility, Bat."

As I have remarked before, indeed alluded to just last post, it appears that a new "Eden" beckons, with new "gods".


cheers
Posted by Newspaceman at 18:43

This reader is a vegetarian. For around 30+ years. Although I would allow for meat to creep into my diet, when visiting friends.

These days for the last 10 years or so? I will not even go there, except for some fish. The notion of consuming warm-blooded mammals, like bats, cows, sheep or pigs. This notion gives me the heeby-jeebies. A person may as well be eating their own cheek, or even children?

We/they're all warm blooded mammals who suckle their young. As such we/they, are higher on the evolutionary scale. So it seems with but a little move to the right and we're all cannibals?

It is rumoured that the Celts, among others, were cannibals. There have been archaeological digs that have substantiated, what the Romans claimed. I read a while back that the Basques, practised a ritual death of an elite within their ranks, who was then so consumed. Neanderthals were also cannibals, early homo sapiens mated with them so that DNA from Neanderthals shows up in Europeans. Maybe this why our species has a tolerance, for both vegetarian and carnivorous diets?

St Michaels' Mount in Cornwall [ Karreck Loos yn Koos]. Once a Templar stronghold, is home to the St. Aubyn family.

Bats are warm-blooded mammals. Very good for insect control. There are about nine species to be found in Scotland.

I always thought it odd? That the Christian ritual of Mass. Had flesh eaten and blood drunk. Albeit, in the form of "bread and wine". Still the symbolism is there. Maybe, Constantine thought it would appeal more to the barbaric hordes?

One thing is sure? That the cult of the Bull seems to go back, to antiquity. The first religion, Hinduism, [likely]. Reflects this also. With their deification of the buffalo/cow. As too the Nubians. In those deserts to the west of Nile can be found both astronomical standing stones and cave paintings of a bull/cow culture.

Bats as creatures of the night, nocturnal. Likely get a bad rap?

Crowley and Pike, bought into Satanic ritual the pentangle or pentagram. Also an important Masonic symbol, of ownership.

I was veg for a bit, on and off, the longest period maybe 9 months. It was the haggis that got me back (truth). Pig meat is not something I welcome (nothing to do with "religion"). I would eat my own cheek, but not my child's. Only if circumstances dictated, like a rat in a glue trap.

My understanding is, as your's, that the Celts (&Picts) were cannibals. At least, they ate the heart of their enemies. Years ago I met this character on a bus, it's a long story (vampire-related), but he was a practioner of some sort of ancient chinese "medicine" and said a tiny bit of heart - for courage, liver for liver, kidney for kidney.

I do grow vegetables and this year is top. The plot looks amazing, hopefully i don't sound big-headed, it's the weather. Abnormally sunny.

Bats eating pests, I like. We encourage birds here, much to the dog's disgust, but they are a double-edged sword, they eat the slugs but prefer strawberries. You see bats round the street-lamps, where insects congregate.

Not in Google+, not sure about it. Not too tech aware, I am afraid. But yeah, circles, ripples ?