She wore a yellow ribbon 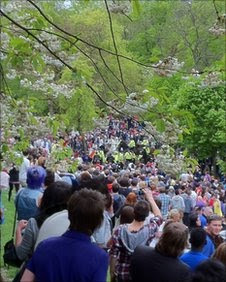 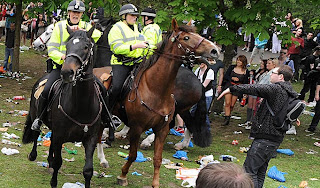 It began very late Thursday night, for me, with BBC Radio 4's : The Wonderful Wizard of Oz: The True Story, an hour long tribute to the story, and indeed it's creator and alleged top freemason, L Frank Baum.

Friday, the day of the wedding, saw Morrissey reported via the BBC, apparently on a BBC radio 5 show condemning the Royal Family and labelling them "benefit scroungers". We covered Morrissey in some depth back in early March, his cover of Patti Smith's Redondo Beach - originally released on her album Horses - tying in with the sardine disaster at King's Harbour. (Uncanny).

The wedding began, Kate unveiled beside William at 11.11, after arriving in the same phantom Rolls Royce containing Charles and Camilla en route the Wizard of Oz billboard festooned Palladium - the one which was attacked by alleged rioters. Rowan Williams performed the ceremony. Wills, of course, is no stranger to 11, 11, remember last year's front cover appearance in Hello magazine, issue 1111 ? Archbishop Rowan, as a Druid, is surely no stranger to oaks and perhaps saw some symbolism in the three acorns displayed on the Middleton's new Coat of Arms. Maybe the same sort of symbolism as contained within the Little Red Riding Hood fairy story - for does not the grandmother's house sit beneath three oaks.

At twelve minutes to twelve, Blake's Jerusalem began. That's the same Jerusalem which Morrissey used in his "Introducing Cantona" video, the one which features an Eric Cantona, loving bootboy visiting London. As all noted in my mid-March post (Masquerade). Just at the beginning of this month, the Cantona sardine story reincarnated after the conviction of Crystal Palace supporter, Matthew Simmons, for an assault offence (4th Reich).

Later in the afternoon, an impromptu party took place in Kelvingrove Park, Glasgow, a park designed by Joseph Paxton, who's most notable work was the Crystal Palace in London. All hell broke loose, the police being pelted with bottles, cans and suchlike, their vehicles vandalised, 22 arrests, and eleven officers injured. BBC - here ; and note my recent Old Firm/New World Posts 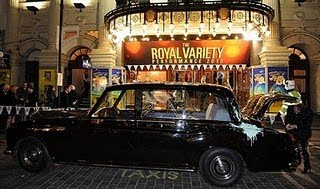 Perhaps Kelvingrove is most notable for it's art gallery and museum which was opened by HM the Queen, after refurbishment, on 11/7 in 2006. Indeed, it's star attraction is Salvador Dali's, Christ of Saint John of the Cross. 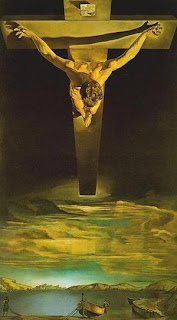 Always intrigued by your posts, I was tempted to write something a couple of days ago about the 'personally chosen wedding cake flowers by Catherine'...which included acorns and roses, and the like...using 'The Language of Flowers' apparently.