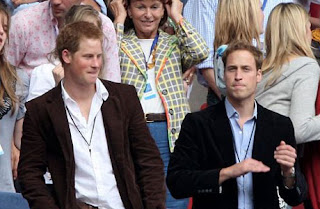 In the middle of March I pondered over the course of two posts the madness of a connection between The Smith's Morrissey, Eric Cantona, and a highlighted warning of Prince William as forthcoming global king of a "new world order" through the mechanism of the King Harbour, Redonda Beach, sardine disaster. (Uncanny and Masquerade).

The second (as linked) post dealt more with the Cantona angle; in particular his infamous Kung-Fu kick at the Crystal Palace supporters and subsequent "sardine" press conference, all of which led on to Ken Loach's, Looking for Eric, movie. The post ended with reference to Loach's cancelling of a screening of the film at the Melbourne Film Festival, "citing a campaign to target events that are in receipt of financial support from the State of Israel" by way of explanation. My thoughts were of masks, Jews, and British Israel.

The infamous karate kick incident was 16 years ago and nothing more has been heard of the "victim", Matthew Simmons. Until this week that is, for Mr. Simmons, now aged 36, appeared at Kingston Crown Court and was today found guilty of punching the coach of his son's football team , Stuart Cooper, last August, following several years of "bad blood". Simmons claimed he had reacted after being called "Nazi scum". (bbc - simmons report).

This latter story seems to again join dots and thus produce lines to read between: a return to London and thus the "Zion" Olympic "crown" stadium, the Nazis with Hitler's plans for his own world order, bad-blood, Kingston Crown Court and the victim, Stuart Cooper, his name resonating both the infamous House of Stuart (Princess Diana) dynasty, and indeed Cooper, a worker of metals and, as such, alchemy - essential for the imminent "golden age".

I know nothing about any of this, except what you brought out in your blog.

But isn't it funny how Diana (Stuart) keeps coming up over and over again?

Re House of Stuart, try this:

This Monday might see some happenings, 11/4/11, given Scottish and English history (as well as the Dunblane massacre but thats another story). I wrote a short post about it in 2008 when Wills got his wings:

It will be a US "secret society" resonating 322 years to the day since William (of Orange) and Mary became joint sovereigns of the United Kingdom.

Thanks for the background.

Also have you see this?

Be aware that there are inferior brands of Hoodia being sold. Imagine this: an organic pill that kills the appetite and attacks obesity. For centuries and primarily functions like an appetite suppressant.Healthy eating get fit army. Unique hoodia discount how to purchase cheap unique hoodia weight loss pills.