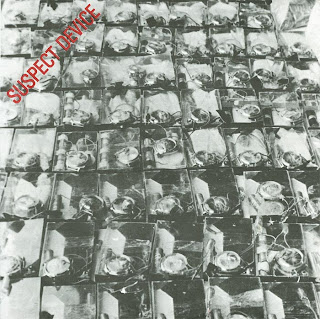 In my March post, Black magick, I considered the possibility that Glasgow Rangers footballer, El Hadji Diouf, was colluding with the ongoing establishment of a new world order - a global prison - given his behaviour in the Old Firm game, behaviour which included a spat with Celtic manager, Neil Lennon.

My philosophies were fairly simple, he was acting as an agent provocateur.

The next derby seemed fairly quiet, maybe only a couple of stabbings at most with a slashing or two, however this week the whole Protestant Catholic bigotry thing has kicked off again.

On Wednesday, just before the media explosion, Diouf again made front page headlines, apparently stating that he admired Libya's Colonel Gaddafi and felt sympathy for him. Then, on Thursday 20th, it was announced that the police were looking for a serial letter bomber, explosive packages having been intercepted en-route manager, Lennon, his and Celtic's "lawyer", Paul McBride QC, and an elderly lady Labour MSP (Member of Scottish Parliament), the ominous sounding Trish Godman. Today it was revealed that the parcels were allegedly posted in Kilwinning, Ayrshire.

This has caused outrage it appears, allsorts are now shouting again for an end to bigotry, whilst the police are ready to move in special "snatch squads" this coming Sunday (another derby) and arrest any would-be chanters of The Sash, or the Boys of the Old Brigade. McBride has apparently suggested that a South African style "truth and reconciliation" commission be set up to help address the problem. British Prime Minister, David Cameron, has called it an appalling act. Michael Kelly, former Celtic director, claimed it was "terrorism, purely and simply".

So here's how it goes. Diouf begins the process with his reference to Gaddaffi. This, obviously, has many thinking Old Firm footballer, Lockerbie, bombing, terrorism. Next day it's Lennon, letter bombings, terrorism. Same script, different actors, same outrage.

Basically, all football related "bigotry" is on the edge of being classed as terrorism. Simply not acceptable, a threat to our civilised, democratic, society. There is no place for it any more. If you don't think like that then there must be something wrong with you. End of story.

Hi Neil, it's X here. We need you to do us a favour, help us stamp out the blight of bigotry, help us all live harmoniously as a big family. All you need to do is go along with the scam.

Hi Mr. McBride, QC, it's X here. We need you to do us a favour and help us stamp out the blight of bigotry... (QC is an abbreviation of Queen's Counsel)

Hiya Mrs. Godman, it's X here. We need you to.. (Mrs. Godman is secretly flattered she was chosen for the role, believing it might be something to do with her wearing a Celtic strip on her last day at Holyrood.)

Mrs Godman is wrong, it is all in her name. The old religions are being destroyed, a new God-man to worship is appearing. The source, just like the alleged letter bombs, is Kilwinning. For here, at 99 Main Street, only a few hundred yards from the post box, sits the freemason's lodge number 0, also known to the crafty as the mother lodge and reputed to be the oldest in the world. Where it all began (again) many hundred years ago.

And it is their man-god who will rule over the one world society; after all, they built it.

Godman seems to be spot on.

Round Glasgow w ay it must be very confusing with apparently a Proddy, Islamist and Catlick Trinity of Terrorists.

It feels like somethings cooking but we've yet to know the secret ingredient.

Football stadiums have often been used for other purposes than the footy.

Scotland's role in this Libya action is at the veryb heart with Lockerbie, the probable cover-up, the release of Megrahi and now Diouf's contribution.

Internet "warriors" have been targeted today, so one needs to watch what one says at the moment - and perhaps keep an constant eye on the future.

Kirk Kinnell may be reading:

Beam me somewhere else.

The match is on Walpurgisnacht - The Witches Sabbath , so should be fun.

"Mrs Godman is wrong, it is all in her name."

lol couldnt be any more satanic w/o attaching wings 'n a pointy tail!

if you object = hate crime, You Cannot Hide saith mr and ms sauron

what's wrong, you dont believe in Equality? Egalitarianism? you some kind of Misogynist?

"Beam me somewhere else."

i can dig it, but youre probly too valuable right now

mr mcbride, mr salmond, and ms godman no doubt will be staying to reap the full effect of their cleverness

Thanks to you both, much appreciated. Never got the "bride" angle, but makes total sense.

Meant also to say that the top (guaranteed masonic) policeman involved in the "crackdown" is called Mr. House, as in getting Satan's in order.

Re Alex Salmond - Nostradamus got it nearly right with his "poison hidden under the heads of salmon".

McBride will prob be a mason too.