This news story from the BBC resonates with so much of the content of this month's newspaceman postings: Scotland, (free)masons; hell, maybe even the Wales' and the post 2012 "golden age", but more directly, the pigs and dogs of Orwell's Animal Farm in relation to today's emerging New World, economic or otherwise.

In the novel, which personally I feel is a allegory of human nature per se, top pig Napoleon produces 9 wolf-type dogs which he uses to establish order:

"... But just at this moment Napoleon stood up and, casting a peculiar sidelong look at Snowball, uttered a high-pitched whimper of a kind no one had ever heard him utter before. At this there was a terrible baying sound outside, and nine enormous dogs wearing brass-studded collars came bounding into the barn.

At first no one had been able to imagine where these creatures came from, but the problem was soon solved: they were the puppies whom Napoleon had taken away from their mothers and reared privately. 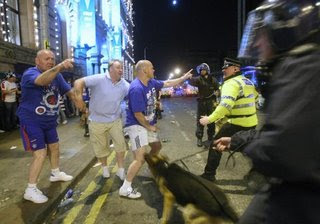 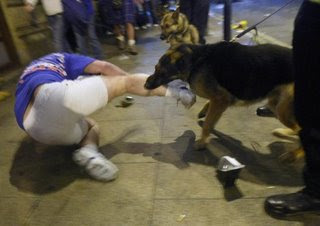 Two North Wales Police officers have been given community sentences after being filmed kicking and throwing their pet dogs around their back yard.

Anja Mason, 29, and Craig Macleod, 34, were filmed by a neighbour who watched the abuse at a house in Prestatyn

Beasts of England, Beasts of Ireland,
Beasts of every land and clime,
Hearken well, and spread my tidings
Of the Golden future time. 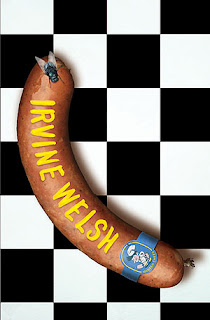 Email ThisBlogThis!Share to TwitterShare to FacebookShare to Pinterest
Labels: hibs