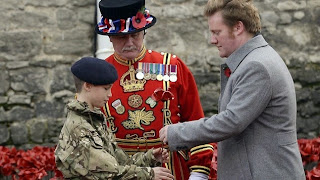 It's unlikely  anyone in the UK missed yesterday's eleven eleven, 11am, Remembrance Day, mega ritual, the focus apparently on the moat of blood red poppies surrounding the Tower of London, the final flower laid 118 days after the first by military cadet, Harry Hayes, aged 13, from the fairly exclusive Reading Coat Blue School

Up in Scotland, whilst the focus was on the Walter Scott Monument and a pro-Hitler protestor, nearby the final battle was drawing towards a close.

The battle being that of the Government's "state-Guardian" policy, already implemented in some areas. Yesterday, an auspicious choice of date, saw opposition to the fairly draconian legislation. From the BBC :


A legal challenge to the Scottish government's plan to appoint named guardians for every child in the country is to be heard..

The £50,000 legal case is being funded by public donations from those opposed to the plan..

The No To Named Persons (NO2NP) campaign group claims MSPs have exceeded their powers.

NO2NP's legal team will claim ministers have breached data protection laws and the human rights of Scottish parents to a private family life...

Colin Hart, director of the Christian Institute, said: "This is all about the fight to save families. Enormous issues are at stake.
"What could be more important than the rights of mums and dads to bring up their children how they see fit, not being dictated to by the heavy-hand of meddling and interfering politicians and their army of taxpayer funded state monitors?"

What we will probably find though, is even if NO2NP are successful, the government will simply appeal and win, or otherwise dilute their plans - to be reconstituted later. 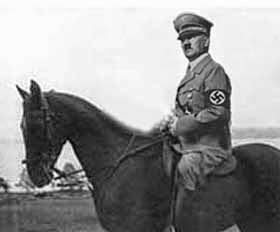 cheers
Posted by Newspaceman at 12:37