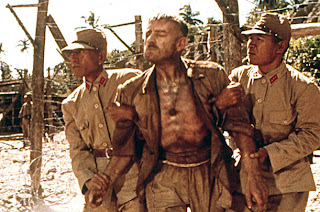 Note a "self-styled" nun, "Sister" Ruth Augustus. The mail on line reports of how she stuffed six letters with white powder and scrawled "bizarre slogans", before posting them to politicians. Newspaceman believes them not to be that bizarre :

"One envelope addressed to Mr Clegg had ‘devil worshipping’, ‘freemason’ and ‘your poor Catholic wife and children’ written on it."

"A third, sent to barrister and Labour peer Baroness Kennedy, also featured a swastika and the slogan: Stop these evil devil worshipping freemasons"

"The judge, Justice Saunders, sentenced her to a two year community order requiring her to be treated for mental health problems, including a persistent delusional disorder"

Quite; my Grandad "fought" Hitler, whilst he willingly let me trash his war medals as a boy, around the age of 7. They had no value for him, unlike the war-films which we watched on his television - a retirement gift from the then "State-owned" Post Office. That's what he chose out of the selection of gifts (but he kept the radio on to watch the cricket). When, The Bridge on the river Kwai, came on, often he would get animated. He was not too keen on the Japs given his posting - post office/telecommunication workers were at the front line -  thus he was not too keen on the Japanese lady we met in the museum once- often we went there, the cafe was good, and cheap - I remember it vividly. But he was a good man, who had met the devil but, unfortunately, stereotyped it.

In the same vein, from the potentially schizophrenic mail on line, we note a whole lot about the Leveson enquiry and the shady Common Purpose charity; basically a "conflict of interest".  What is interesting though, and why I am alleging mail on line schizophrenia, notwithstanding the masonic/nun story, is that the original headline was "Leveson Inquiry Mail dossier raises disturbing questions  influence quasi masonic nexus people know-best". This was changed quite rapidly, with no masonic angle, although it still appears in the "address bar"at top.


cheers
Posted by Newspaceman at 18:28

Poor woman, we are conditioned to view the old as foolish and not worth listening to, yet they have the wisdom. Someone told me about an elderly lady who had been reported by her neighbour for befriending a fox, allowing it room in her house. She was promptly placed in a home, no doubt to be sedated and made to sit in the circle all day.

The Common Purpose article reminded me of the BBC/CBI announcement that this was to be China's century. It was only then, once everything was a done deal, that the mainstream news reported on the issue. Likewise, Common Purpose has been around for a long time, and only now we see it reported in the MSN. Interesting that the CP founder is another Middleton, eh?

Cheers Martin, there's more to the Middleton's than we know, that's for sure. Have been to a home and saw the circle, it is horrible. There is one near me, you always know when there has been a death, 'cause they dispose of the mattress and chair outside until a few are gathered, then they get taken away, en masse.

Moon, thanks very much for that, really good link, I like Hoffman. Note that Kaczynski was incarnated on 11th April, a date I dwelt upon heavily, a couple of posts ago. It does fit in with the Bond/Glencoe/Savile angle to.