In my last post I dwelt heavily on the James Bond - James "Jimmy Savile" - Glencoe connections, including a map of London which shows Bond Street and Savile Row running parallel.

Unfortunately, in all the excitement, I forgot to check my own blog for any other Glencoe previous.

One has popped up, which may be relevant.

Back in 2009, I wrote a short post called Food for Thought. It detailed police preparations for the then  up and coming, G20 conference. The police operation was code-named Glencoe, my reasoning for that, at the time, was "it may be something to do with the fact that rioting anarchists almost invariably target MacDonalds eateries".

Am not so sure now though. 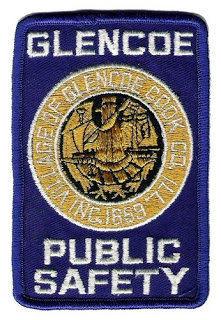 What also springs to mind is newspaper vendor, Ian Tomlinson, who was killed by a policeman during the protests. He was wearing a Millwall football club top (Millwall are Scottish rooted), the assault taking place at the end of Royal Exchange Passage. (Dog Damn Disturbing) 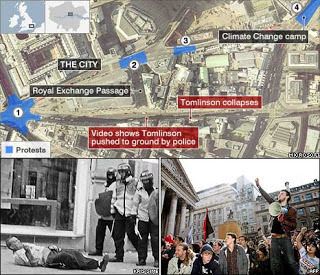