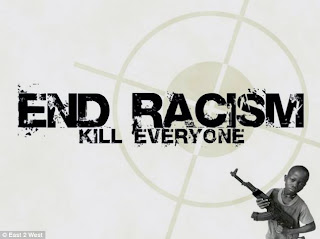 Some say Anders Breivik was also possibly a victim of such.

Apparently, there are similarities between his manifesto and that of  Dmitry Vinogradov's - the Russian "office killer".

From the mail on line :

She said: ‘He quarreled with that girl Anya from the finance department. He is from the law department.

'I understand it that his shooting was in the finance department. It is likely that they mocked him somehow.

‘Before they split up, he bought her a trip to Edinburgh, ordered everything, paid for it all, and some two days before it she said: “I'm not going." He was in a horrible depression after that.’

"Evolve! Become aware of your real meaning and place in this world! Understand that you are aliens here, you are the genetic rubbish which should not be here, rubbish which appeared accidentally, as a result of a mistake in evolution, rubbish which must be destroyed." 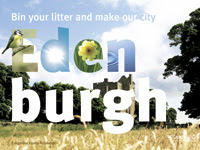 Edinburgh, Scotland's capital and Dmitry's holiday destination. Alternative historian, Comyns Beaumont, claimed in his 1947 book, Britain; The Key to World History, that it was the Biblical Jerusalem. (here)

The (freemasonic) Grand Lodge of Scotland notes that Edinburgh's New Town is allegedly built on the same pi related esoteric principles as the Temple of Solomon and the Great Pyramid.

What we do know is that the alleged Stone of Destiny (Jacob's pillow stone) sits in Edinburgh Castle where, curiously, the solitary franchised ice-cream van carries the registration WMS 666 T. And that (current) freemasonry, has it's roots in Scotland.

On 2/11, the BBC reported of how "Scottish ministers have been urged to drop plans to keep any communication between the government and senior members of the Royal Family secret. Ministers want to give "absolute" exemption to information exchanged between the Scottish government and figures including the Queen". One imagines it will stay secret.

On 4/11, the Scotland on Sunday reported that unpopular ex Prime Minister, Gordon Brown, had noted that an independent Scotland would be "of a form of self-imposed colonialism more reminiscent of the old empire than of the modern world".

In January 2007 the BBC reported that Gordon Brown had remarked, whilst in India, that "it is time to formally recognise on a more consistent and regular basis the reality of this emerging new world order"

Newspaceman does not believe all of Comyns Beaumont's theories, however he does believe that Scotland, and indeed Edinburgh, are most important to the elite. He believes that this is due to ritual, which in itself is the basis of magic. If something has been done before, in a particular method, then if the same method is followed exactly, it should work again.  He believes that the real reason Scotland is to be independent is in order that a global United Kingdom can be assembled; rather like the smallerUnited Kingdom we have now, formed by Bible reviser and promoter, James 6th and 1st.

We thus close with Glencoe loving Jimmy Savile and his ubiquitous magical smoking wand. Few were watching what the other hand was doing. 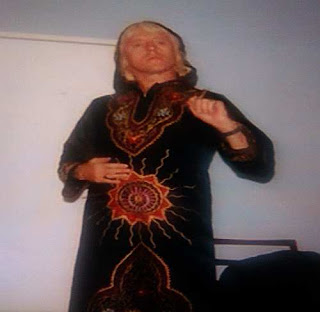 cheers
Posted by Newspaceman at 12:23

Vinogradsky is the original name of Lou Grade, who brought us ITV and trashy programming, the kind of programme that would have the likes of Jimmy Savile et al on.

I know because with all this TV child abuse stuff the name Lou Grade or Loo Grade seemed to imply the lowest common denominator for programming.

What about Hearts? Are they going the same way as Rangers? Is it revenge against Romanov's allegations of pedophiles in footy?

Have the Prods and 400 years of divisivness finally paid off and are being consigned to the dustbin :)

That young Jimmy is in the same pose as a young Al Crowley, well almost.

The contrived racism in football thing seems to be an opening for denouncement and accusation without evidence, characteristic of totalitarian regimes [ aka the FA ]

To balance though Cameron has asked that there be no 'witchhunt' with this BBC business.

Moon, many thanks. Never had heard of Lou, he died on my 21st birthday. Uncanny.

Hearts are toast, it seems. That will be the two "big" protestant clubs (i.e Glasggow Rangers) phoenixing, 'cause Hearts will somehow reincarnate, no doubt. Most of the other clubs will probably follow, in time. Maybe there is a (global) subliminal message?; thats rhetorical.

Jimmy in Crowley pose, you think top of door frame and two "bottom" lines are "magical" in some respect. It looks like he is standing on something to get the effect. Did a AA roue finder on Glencoe to Loch Ness Visitor Centre. Distance is 66.8 miles. Maybe Savile's cottage and Boleskin House are v. slightly closer ?

And totallt agree, most of our cognitive abilities are under constant attack from all angles.

Anonymous - No coincidence, there never are. Note too that this is a leap year. Thus, in terms of solar position, 8/11 is really 7/11, maybe worth Americanising ? Re the "red", note the Olympics, many of the celebrity performers had a thin red line/stripe, somewhere on their clothing.

These were the paedophiles who went to war with Iraq!

Jimmy was obviously versed to an extent in the Rosicrucian/Scottish-Rite Freemasonry (Rose-Croix) school of thought. To see this then one has to refer to the 'Juggler' ('Magician') Tarot (bohemian) card.
One sees that his 'wand' is in the left hand with a closed (fisted) hand pointing upwards (to heaven/celestial spheres), whilst the right hand is 'open' and pointing to the ground (earth).
The following image has Marilyn Manson in similar pose with a more defined pointing to the ground.

The fact of the wand in the left hand is for 'Good'.....these societies think they are doing us all a favour.

Forgot to mention also that the two 'bottom' lines are defining the belt of the juggler/magician.

Two interlaced triangles - one pointing upwards whilst the other pointing downwards gives us the 'belt'.........also seen in the Israeli flag.

Another who is versed in the Rosicrucian/Scottish-Rite Freemasonry is Damien Hirst......whether by own willingness or via commission-led design. One has to check out his recent 'Verity' statue in Ilfracombe harbour.

The statue holds the sword of 'Truth' in the left (obviously closed) upward pointing hand whilst the scales of justice are held in the 'open' downward pointing left hand.

That the scales of justice are shown along with 'Verity' standing on the Books of the Law show that the 13th Tribe of Israel, DAN, are indicated - they being the Judges.

The DAN stole information and have ever since presented it as their own, however Hirst (Commission donor ?) does give mention of the woman/re-incarnation/pro-creation/the sea.