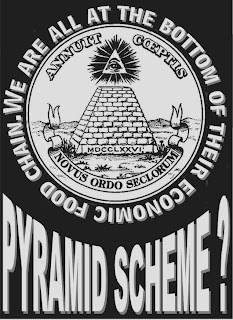 Another quartet of things happening today, 3/11/09, that need mention in regard to humanity's post 2012 New World Order future, including matters that I don't usually pursue and maybe even an apology (of sorts).

First and foremost the "light bringing" Luciferian Treaty of Lisbon was eventually ratified (rat being the operative syllable - see Konrad Lorenz on their clan/warlike tendencies) as finally the Czech president, Vaclav (Santa) Klaus, gave up the ghost and signed the goatskin bound document. It seems that the Treaty could come into force as soon as December.

Next up the McCanns, still desperately missing unusually eyed Madeleine. Much speculation, including freemasonic involvement, has been written in various quarters about this saga but given my post yesterday re Michael Jackson it does seem uncanny that the happy looking photofit of what she might look like now is almost a reversal of Jackson's whitening process. Bear in mind that the government agency sponsoring this latest publicity drive is Ceops, similar to Cheops, the Great Pyramid of Giza (cheers aferrismoon) . Thinking tracking chip/implant promotion. (the mark of the beast) 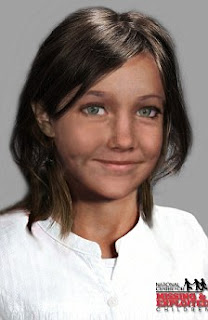 Then H.M. the Queen visiting Olympic Park to give it the eye, sorry, "inspect preparations for the 2012 Games". (Zion pic below from Rik Clay, remember his "fake" Messiah/Prince William rationale) 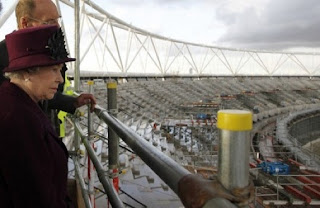 Last and sticking with London, Disney's Christmas Carol haunted star, Jim Carrey, switches on the lights in Oxford Street, London. Jake Kotze highlighted Mr Carry last year in respect of a (K)Christ resonator, pyramids and mythical moon landings in his post Look to La Luna . I don't personally agree with Jake's synchromystical and optimistic view of events post 2012, but credit where credit is due, after all it is a full moon tonight and a new diagonal landing pad style pedestrian crossing opened in Oxford Street yesterday - the largest in Europe. 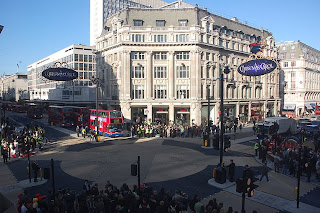 Posted by Newspaceman at 18:28

Last time i was at Oxford Street for a bit of summer shopping i had a panic attack. Every single shop i went to had music blasting so loud you could not hear yourself think. For some reason every single shop must have had poor air-conditioning. well, that is the only explanation for the intense heat. Every shop was so crammed by frantic shoppers -as if their lives depended on it- that you could not leisurely check out anything without being pushed and shoved. I started having an intense headache coupled by an intense desire to punch somebody.
I basically ran back home before i totally lost it, and i never been back there since.
Safe to say you won't see me putting one foot on that cross. I will not give my energy to that place and won't let it suck mine either.

Everytime I look at 2012 Olympic logo, I kind of get sick; it's royally scarlet, it can either depict a king being crowned, spell Zion or "spell" 2012. It's SO multi-functional for the NWO. And to think, no one liked it! Tsk tsk.

I avoid the town centre myself Suki, it is a madhouse. Thanks for the compliment too.

Cheers too Anon, I have seen the king-crowning logo somewhere too, I think entemenaki, to do with zz top ?