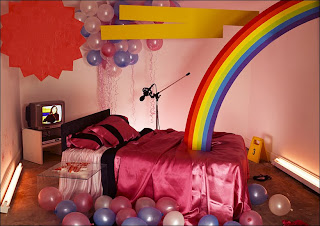 Art is art, or maybe tar, or rat for that matter. Today, 11th Sept, we saw a pair of stories rise from the BBC, both curiously intertwined.

The first regards a forthcoming BBC televised "talent show" in the manner of previous similar ones; this time: to find a girl to play Dorothy in Lord Andrew Lloyd-Webber's forthcoming West End production of the infamous, The Wizard of Oz, c2010.

The second regards an artist, Nicolas Ruston (his "work" as above), I shall quote direct from the BBC:
An artist has denied his latest installation, which was inspired by Austrian Josef Fritzl, was created for "shock value".

Euphoria is a combination of a surreal, vacant pornography film-set and the basement where Fritzl imprisoned his daughter for 24 years.
"But the thing I was really engaged by was the fact that the children of Elisabeth had been born into an environment where their only window to the world was through the TV, through the mass media."

Ruston said he wanted to "try and imagine what it was like to be in that environment if your only interpretation of the outside world was through the TV". 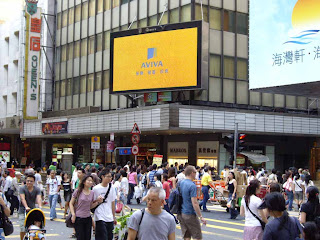 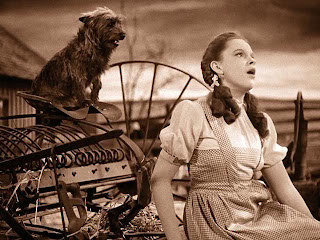 Respect to aferrismoon and his recent post, And They Call It Puppy Love.

Often now we get advertising in different places but the billboards ,a s if the TVs coming out of itself

Ironically it seems that the original artist must be Mr. Fritzl.

I'm into cats not intertoto.

Hope probs have been resolved
cheers

Cheers aferrismoon, delayed rather than resolved but..

As regards rainbows, you may have noticed the two young Manchester lads who were yesterday aquitted of planning a Columbine type massacre on their old school.

The had drwan up plans etc, all called operation Rainbow.