When shall we three meet again ?


Allow me please the liberty to quote again from James Shelby Downard and his essay King-Kill/33: Masonic Symbolism in the Assassination of John F. Kennedy:

"The names "Shakespeare" and "Three Sisters" find a connection in the tragedy Macbeth which comprises such a large part of JFK assassination imagery."

Do we see more similar craft at work, when we read from the BBC News of yesterday 22/4, (here):

Three 'Queens' in final meeting
Three grand luxury liners have met in their home port of Southampton for the first and final time in their history.

"Cunard's fleet of "Queens" - Queen Mary 2, Queen Victoria and Queen Elizabeth 2 - lined up for the historic meeting at about 1800 BST.

The QM2 and Queen Victoria then left port shortly afterwards, leaving the QE2 in dock.

The QE2 will retire in November when it will be converted into a hotel in Dubai after more than 40 years in service."

And from the day before, the 21st, again from the BBC :

Prince Charles has visited the childhood home of the late Queen Mother to officially unveil a set of memorial gates in her honour.

The Prince of Wales and his wife Camilla were met by a crowd of about 200 people at Glamis Castle in Angus. 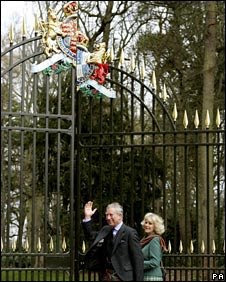 Same day, from the Press and Journal, we read:

POLICE are to investigate claims of wildlife crime on a Highland estate.

The League Against Cruel Sports claims that 16 dead mountain hares have been discovered on the Cawdor Estate, near Inverness, as well as evidence of “extensive snaring.”

Just to remind readers of the early plot of Macbeth:

"The play opens among thunder and lightning, with the Three Witches deciding that their next meeting shall be with Macbeth" "The first hails Macbeth as "Thane of Glamis", the second as "Thane of Cawdor", and the third proclaims that he shall "be King hereafter"."

Mythology tells us of the very close relationship between hares and witches, witches being purported to take the form of the hare for their nocturnal activities.

Sticking with Scotland, from God of the Witches we read:

Isobel Gowdie of Auldearne in 1662 gave the formula for transforming oneself into an animal. To become a hare, the witch said,

"I shall go into a hare, With sorrow and sighing and mickle care, And I shall go in the Divel's name, Aye, till I come home again."

Understandably perhaps, I leave it up to your own imagination as to what, if anything, is to be gleaned from these events. 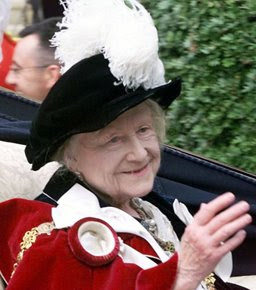 Posted by Newspaceman at 07:36

Brilliant
Also the music in this cafe was playing 'We'll meet again' by Johnny Cash, not 20 mins ago

Nice small essay man, cool stuf, it shows how everything is interwoven