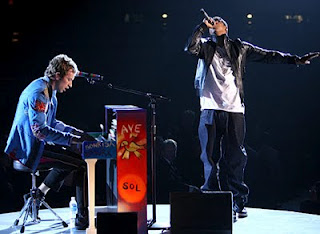 9th September, 9/9, will see the conclusion of the London 2012 Festival, and apparently we are to be treated to a nationwide rendition of Coldplay's Viva la Vida at 14.00 BST, 13.00 GMT. Later that evening Coldplay will again star, in the closing ceremony of the London Paralympics.

here and here for interesting articles on occult symbolism of song lyrics/Coldplay in general.
Posted by Newspaceman at 09:23