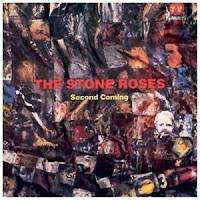 Yesterday, 2/11, a pair of botanically themed reports propagated within the news.

The first concerns a yew tree, not exactly to do with the code name of the police investigation into Glencoe-loving Jimmy Savile, but rather one situated at Fortingall in Glen Lyon. The two actually tenuously relate, given it was a Robert Campbell of Fortingall who led the clan when they massacred the unfortunate MacDonalds for being late in pledging their allegiance to William of Orange and House of Stuart Mary in a potential magickal blood sacrifice, but I digress.

Dr. Max Coleman, a "science communicator" at Edinburgh's Royal Botanic Garden, has discovered female berries upon the hitherto male 2,000 - 5,000 year old  plant (BBC). It appears that the tree is waxing hermaphrodite, the small cluster of fruits appearing only on one small branch in the outer crown. I am not exactly sure what a science communicator is, but wonder whether it relates to the work of Robert Ogilvie Crombie, the chap who helped form the Findhorn Foundation and who met with mythical creatures including Pan in the aforementioned Garden. (The centaur spot)

What one has to perhaps bear in mind is that the tree is allegedly the oldest in Britain and was apparently a hotbed of Druid activity many moons ago; whilst local legend claims that Pontius Pilate was born in it's shade and played under it as a child. A local man, Barry Dunford, wrote a book - The Holy Land of Scotland - in which he theorised that Jesus himself visited the tree. (wiki)

I've written before about the nefarious agenda of androgyny, the unisex human worker-slave of the future and perhaps, just perhaps, the sex-change yew alludes to that in a mystical manner. Certainly the Druids, who kept their beady eyes on nature, would have considered it some sort of portent. 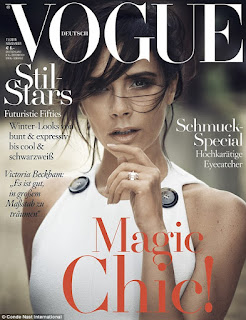 Second up was indie-band, the Stone Roses. The Daily Record told yesterday morning of a forthcoming huge announcement concerning the band, apparently promoted by lemon decorated posters, at 7pm it was made, they are resurrecting again to play, in 2016, two concerts in Manchester and a third at Scotland's T in the Park festival which now is sited at Strathallan Castle after it's move last year. It's only some 39 miles by road between Fortingall and Strathallan, the Roses last record release being Second Coming in 1994.

In the Bond pic we can see Glen-Da and Da-Niel.

Swedish tennis player Mats Wilander was world no. 1 in 1988 and “survived” the Lockerbie air disaster as he “made a reservation but did not take a seat on the flight”.
Wilander finished his career with 33 singles titles.
Andy Murray – who, like Wilander, was also “Right-handed (two-handed backhand)” also survived a Scottish tragedy, the Dunblane massacre.
Murray = 33 in English Gematria.
"Murray" in the English Ordinal system equals 96 = A very freemasonic number.
Murray survived Dunblane massacre and went on to be a tennis hero.
96 people reported to have died at Hillsborough – FA Cup semi-final.
The 10-year-old cousin of Steven Gerrard was said to have died in Hillsborough disaster.
Steven Gerrard and went on to be a Liverpool hero.

Hillsborough disaster occurred on 15 April 1989:
The date of 15 April has had a lot of events which seem now like psy ops:
http://www.on-this-day.com/onthisday/thedays/alldays/apr15.htm
Liverpool (red) and Everton (blue) went on to contest the FA Cup final.

https://en.wikipedia.org/wiki/Stuart_McCall
“ANDREW Stuart MURRAY McCall (born 10 June 1964), usually known as Stuart McCall, is a football player and manager. He made a total of 763 league games and in 40 full international matches for Scotland during his playing career.
McCall started his professional career with BRADFORD CITY where he made his senior debut in 1982. He played six seasons at Valley Parade, during which time he won the Division Three championship, a title which was overshadowed by the BRADFORD CITY STADIUM FIRE when 56 people died and in which his father Andy was injured. After missing out on promotion in 1987–88, McCall moved to Everton F.C., for whom he scored twice but finished on the losing side in the [POST-HILLSBOROUGH] 1989 FA Cup Final."
My emphasis.

And ANDREW Stuart MURRAY McCall played for Bradford then and his father ANDY was injured in the Bradford Stadium Fire. This was the worst British football disaster since 66 spectators died at the Ibrox disaster, Glasgow in 1971. McCall went on to play for Glasgow Rangers.
Look at Glasgow Rangers now.
And Stuart McCall scored twice against post-Hillsborough Liverpool but couldn’t stop Liverpool from winning the FA Cup.

Anon, "1310 – In France, fifty-four members of the Knights Templar are burned at the stake as heretics.". Hence the alleged origins of Friday 13th being unlucky. Murray's mother knew Hamilton, she even gave him lifts. Luckily, when the massacre transpired, Andy was somehow in the headmaster's office and hid under the desk. Look into 11th April too.

It seems that after my sniffing around the possible connections between the Knights Templar event on 11th May 1310 and 11th May 1985 Bradford Stadium Fire that the onthisday website changed the date to 12th May 1310 and subsequently Wikipedia have changed it to the 12th as well.

I think "they" want to dissuade people from making the connection.